Here is another old print (from 1606, by Aegidius Sadeler) of the Colosseum and a curious view of the Meta Sudans to the right.  I found it here.  Click on the picture to get the full size image. 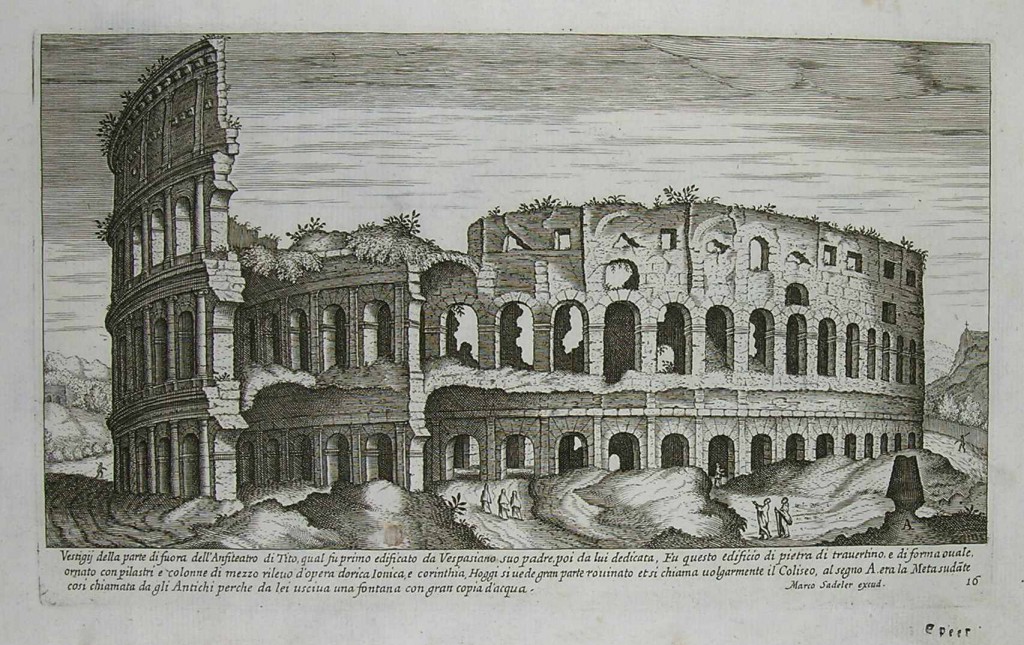 Rare and early copper engravings by Aegidius Sadeler (c. 1570-1629)from Vestigi delle antichita di Roma Tivoli Pozzuolo et altri luoghi. … “Vestigij della parte di fuora dell’Anfiteatro di Tito…”. This is the second edition published by De Rossi.  Uncommon engraving in very good condition. Aegidius Sadeler (c. 1570-1629) was a Flemish baroque era painter and engraver; the best (Hind) of a notable dynasty of engravers, who were also significant as dealers and distributors of prints. He spent most of his career based in Prague where Emperor Rudolf II commissioned many of his works.

All images of the Meta Sudans are interesting, but one which shows the upper section, which disappeared before the mid-19th century, is of particular interest.  The lower section is half-buried in the debris.