A news report in Turkish newspapers suggests that a Mithraeum may have been discovered.

Dec. 27, 2016: Excavations at Zerzevan Kalesi in the Cinar district of Diyarbekir suggest that there is an underground temple of Mithras, a mysterious cult of the Roman period.

Excavations were started in 2014 at Zerzevan castle, located on a hill near the Mardin Road in the Cinar district of Diyarbekir.  The excavations conducted by the Dicle University Archaeology Faculty revealed underground churches, secret passages, shelters, soldiers’ houses, rock tombs, altars, water cisterns, jewelery, bronze coins and much military and medical equipment.

It is thought that the fortress, located on the eastern border of the Roman empire, was built to protect the trade and military route passing close by, known to the Persians as the Way of Kings and used originally by the Assyrians.  The fortress was built in the 3rd century AD and continued in use until 639 when it was taken by the Islamic armies under the leadership of Khalid bin Walid. 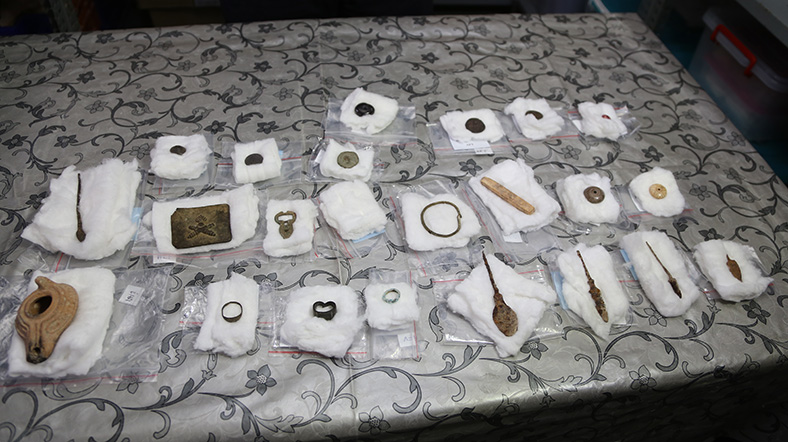 Zerzevan castle is the first Roman-period excavation in the region, and the excavator, Assoc. Dr. Aytac Coskun, thinks that the studies carried out over a large area will answer many questions about the Roman presence in the area…

“Zerzevan has an underground church, altar, hidden passages and cisterns, as well as a new structure which we have discovered.  We have not yet fully examined this.  We are only looking at a small section.  We think that it is very likely a Mithras temple because of its structure and some features.  Our excavation period has ended because of winter.  We will start again in February.  Then we will find out.  It will be the first temple of Mithras in this region.”

Very interesting indeed.  There is a tendency for any underground structure to be labelled a “temple of Mithras”; but Dr Coskun sounds as if he knows what he is doing.

3 thoughts on “Temple of Mithras discovered at Diyarbekir in SE Turkey?”