After posting my last, I went back and played a bit more with Google maps on the Quirinal hill.  And I found … something marvellous!  Here it is: 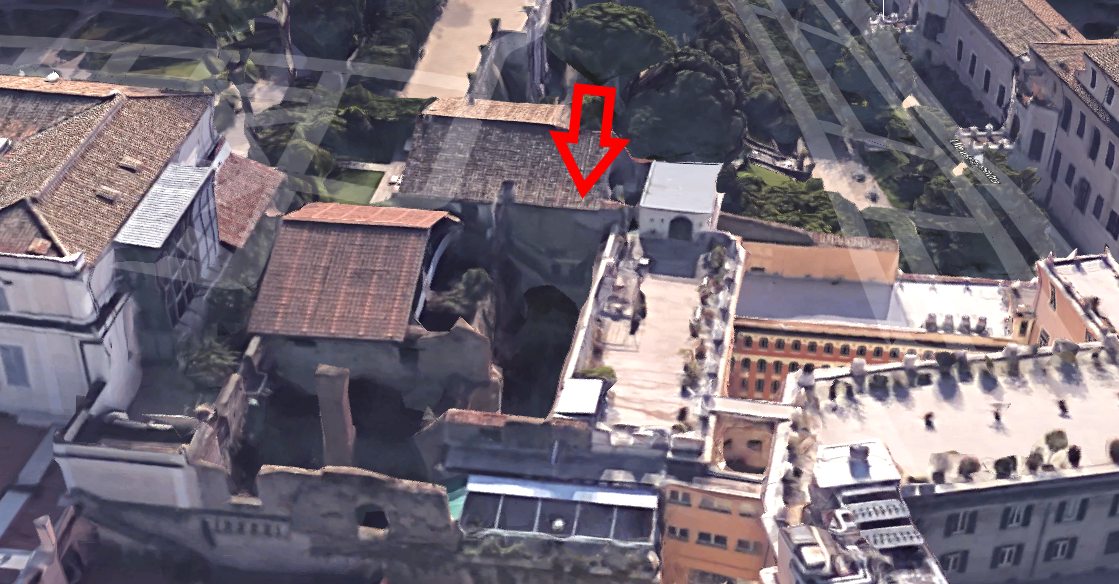 This is part of the arcades of the Southern wall of the great stairwell that ran from the vast temple on the Quirinal – of the Sun, according to some, of Serapis according to others – down to the plain.  It’s clearly visible in an old drawing by van Heemskerk: 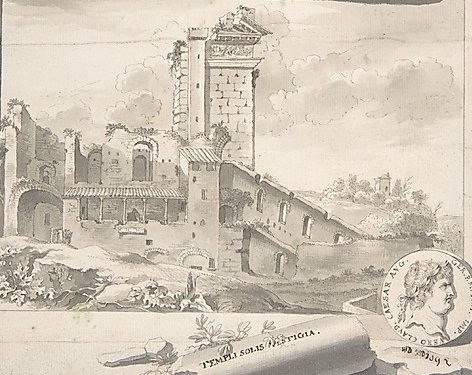 But who would have thought to see that sloping arcade now?