This morning I accidentally discovered the 3D feature of Google Maps.  If you search for the Quirinal Hill in Rome, turn on the Satellite view, and then hold down the control key, you can “fly” around the area.  Not every area of the world is filmed in this detail; but for the gardens of the Colonna palace, where the ruins of the vast temple of the Sun (or of Serapis) lurk invisibly, it is just amazing!

Here’s a screen grab that I made just now.  The southern wall of the great staircase that descended from the temple to the plain is on the left, the northern wall is further away, and the massive chunks of the pediment are on the terrace to the right:

Here’s another view, taken the same way, but looking from the other side: 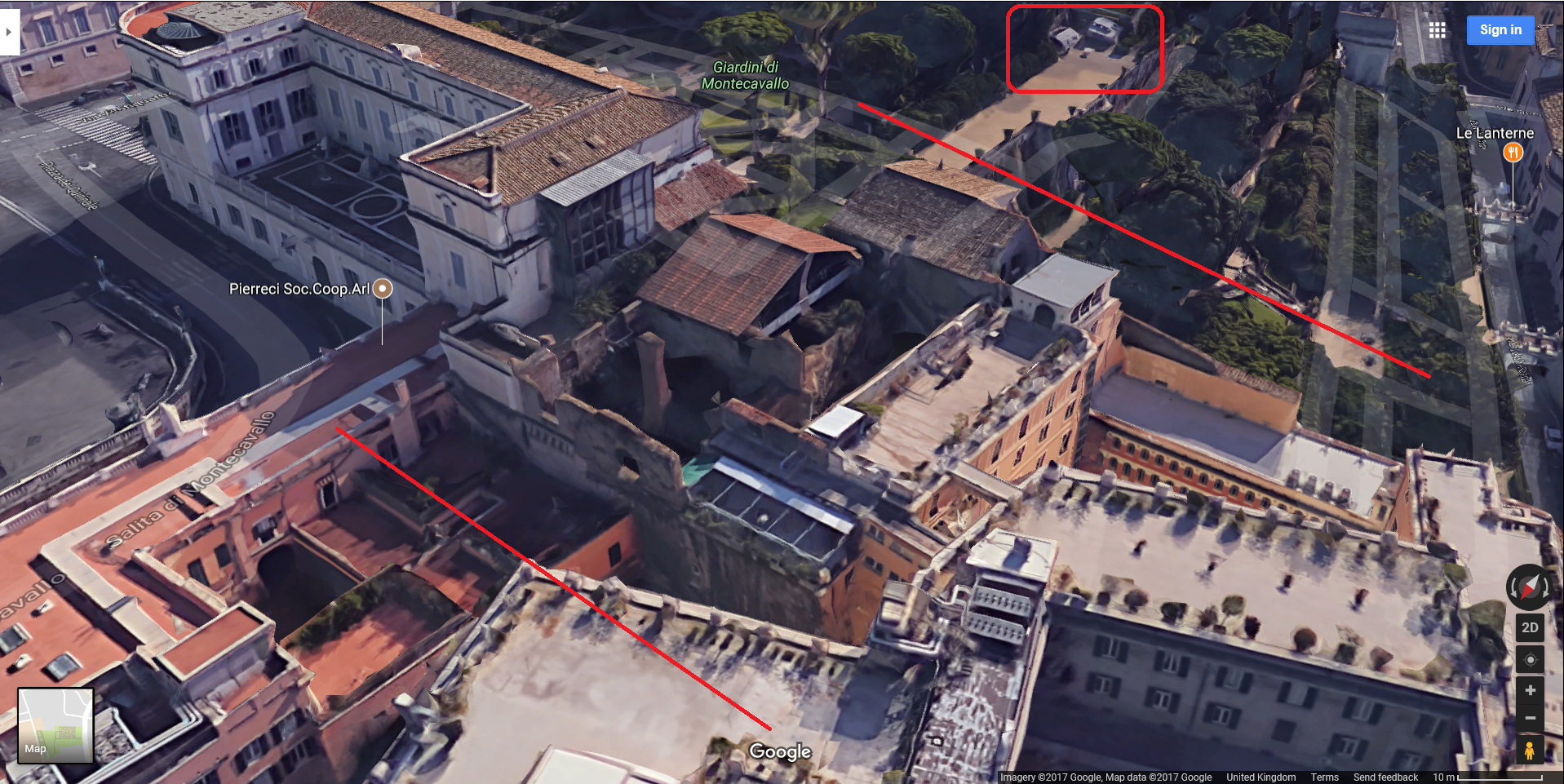 These make it quite plain that the temple itself mainly stood where the scuderia or stables of the Quirinal Palace now stand; and also that the intrusion of the buildings of the Gregorian University into the stairwell –  a modern thing – is very unfortunate.  Also obvious is how the Roman buildings have been reused.

Rather marvellous.  But these screen shots give no idea, really.  Fire up Google Maps, and start zooming and flying around!