Dr Yamauchi attended the second conference on Mithras studies in Tehran, back in the 1970s.  Coming across my pages on Mithras, which referenced a couple of his papers, he kindly sent me a copy of this 1990 volume which includes a chapter on Mithras.

The volume itself is a survey aimed at Old Testament students in the USA.  It provides an overview of Persian history, religion, archaeology and culture, but not as a standalone, but rather from where it impinges on the history of the bible.  I have not read most of this, but at points it has to descend to e.g. explaining the events of the battle of Marathon – sure sign of students being the audience!  But I did skim the chapter on Zoroastrianism, about which I know a little.  This was really very well done, in a short compass, and laid out the literary sources and the key doctrines more clearly in a short compass than any source that I have seen so far.  The footnoting is copious, and well done.

The chapter on Mithras is almost an annex, really.  I think perhaps it reflects the need of the teaching environment, and functions as a round-up of “Persian” related stuff that students may enquire about, including Sol Invictus.  It starts with the assumption of the great Franz Cumont, that Roman Mithras and Persian Mithra were in fact the same deity; but then reviews the scholarship, and indicates how this has changed in what was then the recent past.  The overview of Mithra is solid, as is the material treating Mithras, and the student comes away equipped to deal with whatever is necessary.  So … useful to have.

The book is now more than 25 years old, so the bibliography is doubtless a little dated.   The prose style is quite dense, and I found it hard going.  But there is quite a lot of useful information in a relatively small compass. 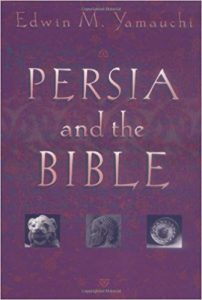