I’d never heard of the library of Pantainos in the marketplace in Athens, until I saw a very nice image on twitter today by Michael Lara: 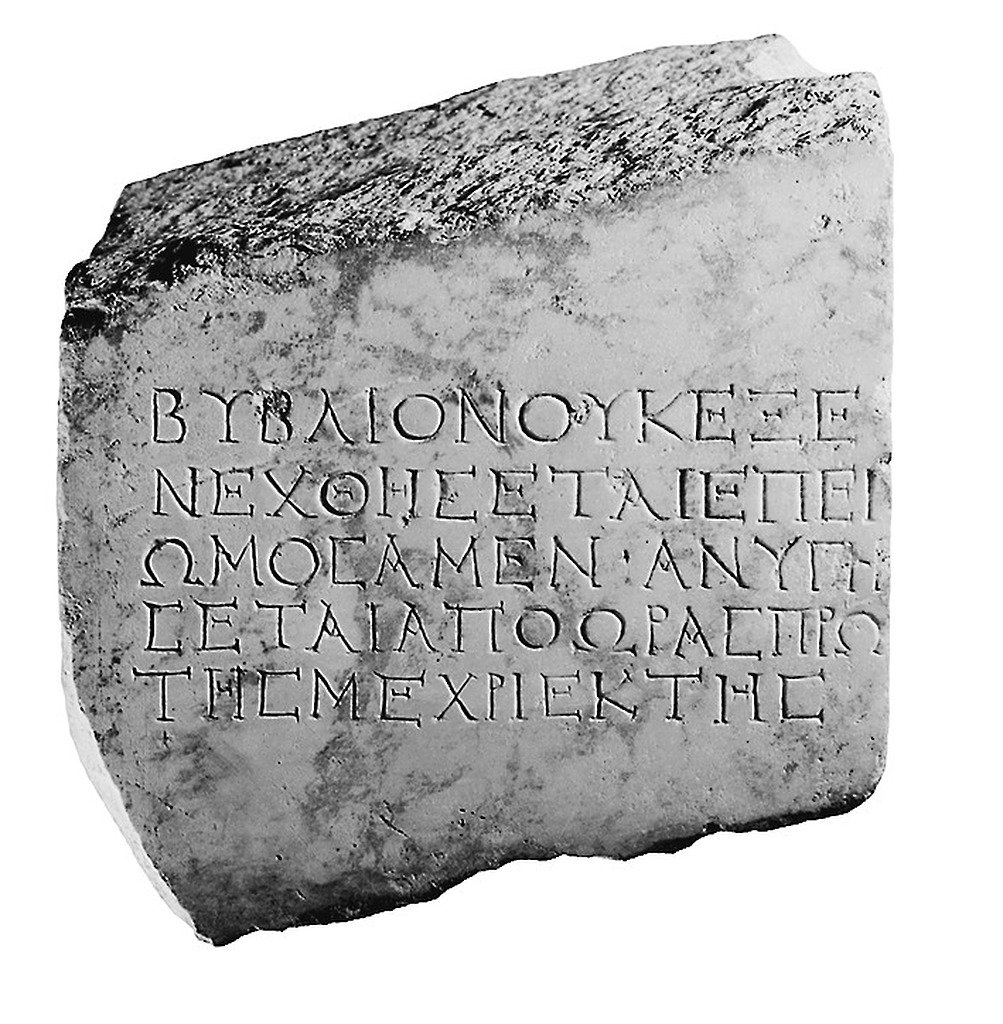 The stone is marble backed by concrete, and reads:

No book is to be taken out because we have sworn an oath. (The library) is to be open from the first hour until the sixth.[1]

This makes it the only library from antiquity where we know the rules.  And we know the founder of the library because an inscription from the lintel has survived:[2]

The priest of the philosophic Muses, T. Flavius Pantainos son of the successor (diadochos) Flavius Menandros, dedicated the outer stoas, the peristyle, the library with the books, and all the decorations in them from his own resources. He did this together with his children Flavius Menandros and Flavia Secundilla, dedicating them to Athena Polias (“of the City”), to the emperor Caesar Augustus Nerva Trajan Germanicus and to the city of the Athenians.[3]

A photograph of the lintel as it was found in 1933, built into the late Roman defensive wall, via here:[4] 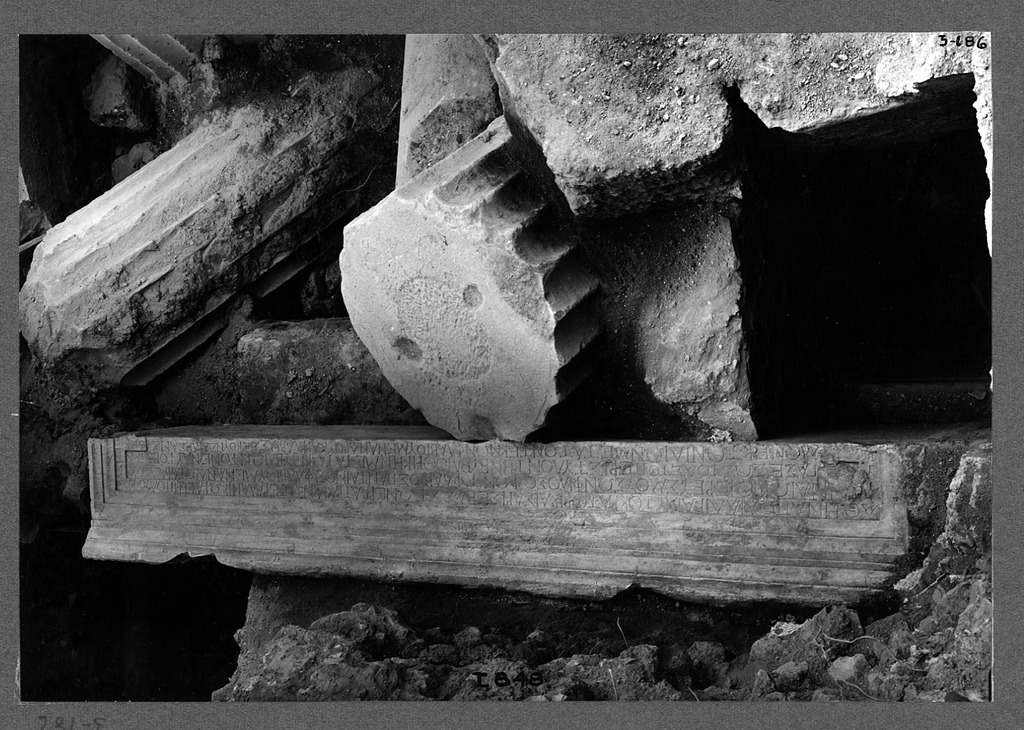 An amazing collection of images can be found here.

The library was destroyed by the Heruli in their raid on Athens in 267. A defensive wall was built by the Athenians after that, which ran across the site of the library.

It is interesting to see an ancient site which is quite definitely a library.  There are plenty of photographs online, but clearly it would be nice to actually visit the place!