John of Nicaea is not known to the World-Wide Web.  A search for this author, whom I mentioned in my last post, was quite futile.  So I began to think about how I might find someone from the 9th or 11-12th century, potentially.  The CPG ends around the time of John Damascene, so is useless here.  But then I wondered whether “prosopography” might help; handbooks of people known from the period.

A search for “Byzantine prosopography” pointed me to two websites.

The first of these was hosted at Kings College London, so looked hopeful – the Prosopography of the Byzantine World.  But on my Android mobile it refused to work at all, kicking me back to the home page (itself useless).  On my PC, it worked but gave me nothing.  Entering “Ioannes” gave me too much, either in Free Text or in Name; entering Ioannes Nicaea gave me nothing in either.  No doubt there is some incantation that will produce results, but it defeated me.

I was more fortunate with Prosopographie der mittelbyzantinischen Zeit Online, although I was initially baffled at how to use it.  The entry page tells you nothing useful, and I clicked around for some time.  Eventually I downloaded a user guide in PPT format, which did not reflect the current site but allowed me to guess.

The actual answer is to use what looks like a general site search, but is not.  I have highlighted it in the screen shot below (click to enlarge): 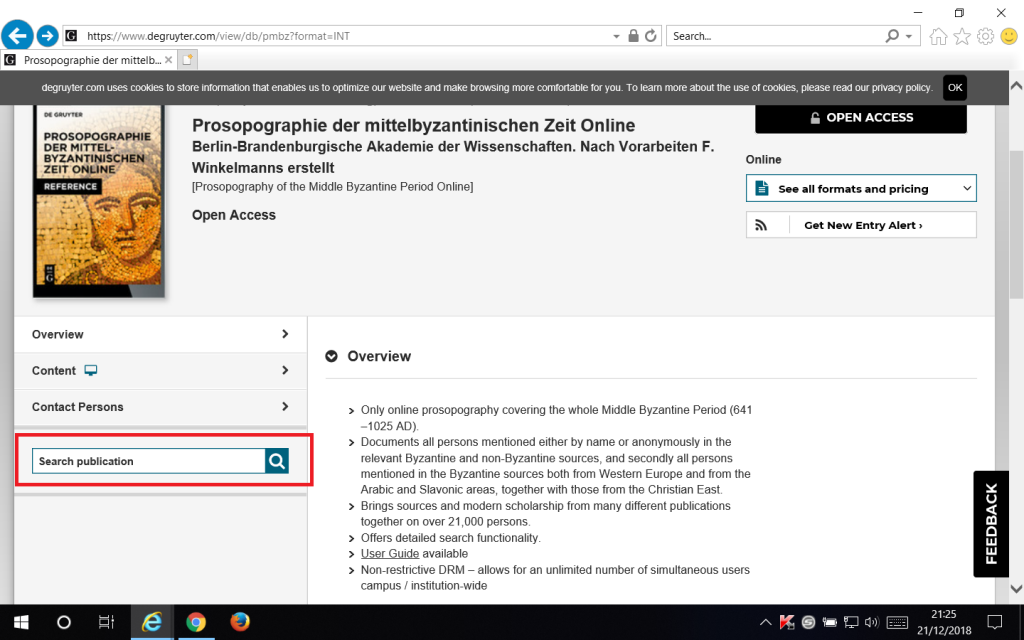 All the rest is irrelevant.  But if you type “ioannes” in that box, you get stuff; and you also get a search that you can actually use (again I have highlighted this): 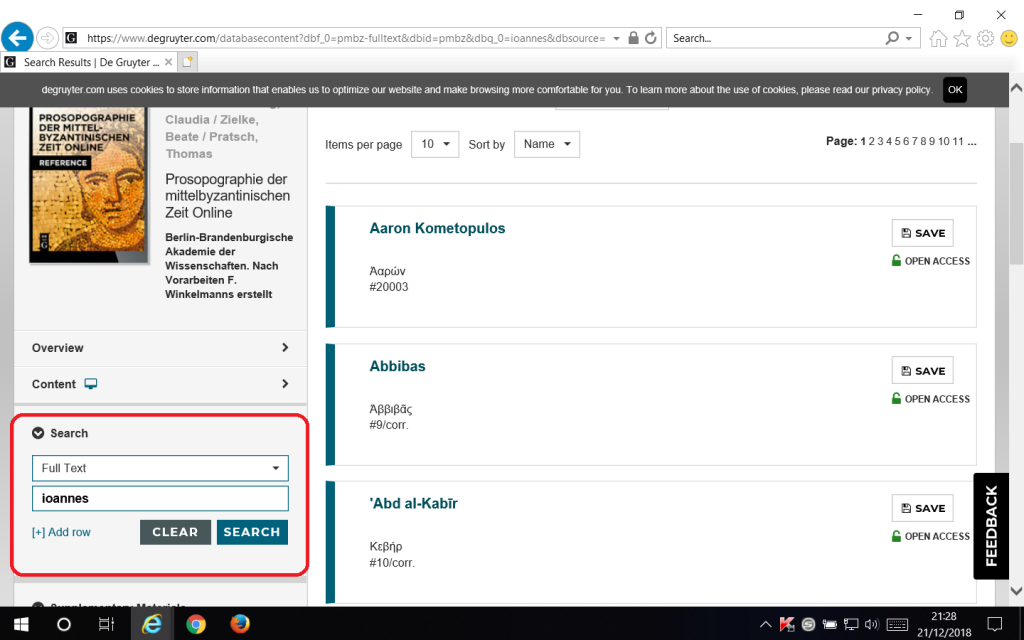 You can add a row, and suddenly you are looking at real options: 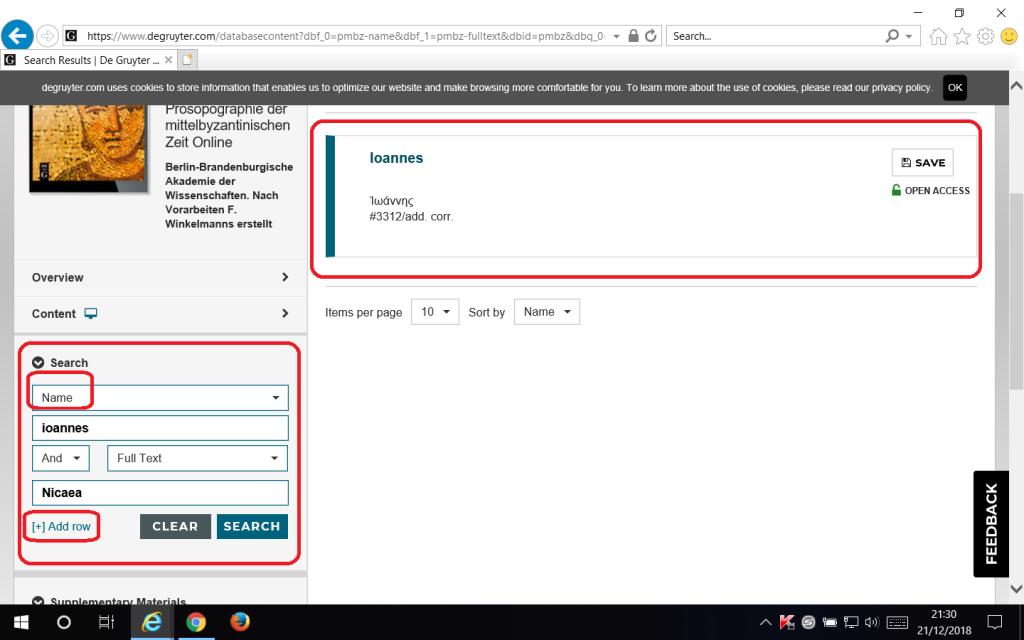 Click on the entry, and you get full details (in German; but if you use Chrome, you can right-click on the page and select “Translate”).  You can even download them as a PDF, which is helpful.

Reading this entry made much clear.

“John of Nicaea” was actually an Armenian named Vahan, graecised as John, and was archbishop of Nike (ἀρχιεπίσκοπος Νίκης) in Thrace, not Nicaea in Bithynia.  About 861-2 he was the ambassador from Photius, the patriarch, to Zacharias, the catholicos of Greater Armenia. He was the Byzantine representative at the Council of Širakawan in 862/63.  The opening speech of this council is preserved in Armenian (unpublished, in manuscript) and attributed to him; but in reality must be by an Armenian, perhaps Zacharias.[1]  He was also the author of a tract on the Nativity of Christ (De nativitate Domini, PG 96, 1435-1450).  This work is mentioned in a letter of Photius written in 878-9, addressed to the Armenian ruler Ašot I. Bagratuni.[2]

The article gives a very useful bibliography, which is mainly about Armenian affairs, so perhaps of limited interest here.  All the same; nice to know who he is, when he lived; and even more to know how to find these things.

UPDATE: A look at the Pinakes database of Greek manuscripts shows that John of Nicaea, or Johannes Nikenus, or Iohannes Nicaenus mtr., is listed, as author 1501.  These synonyms help somewhat in doing Google searches.  I learn from the 1838 index volume of Fabricius’ Bibliotheca Graeca, p.55 – which gives a huge list of “Johns” – that Ioannes, Nicaenus Archiepiscopus is to be found in volume X, p.238.  So this is another way to locate obscure authors called “John”.  Being unfamiliar with Fabricius’ work, however, I have not been able to locate the entry, and suspect that it is wrong.  A list of volumes of Fabricius is at Links Galore here.

UPDATE: See the comment below from Tia Kolbaba with lots of up-to-date information on John of Nike, and references to articles.

7 thoughts on “The search for “John of Nicaea”: adventures in Byzantine prosopography”