While reading Twitter I happened to see this item:… 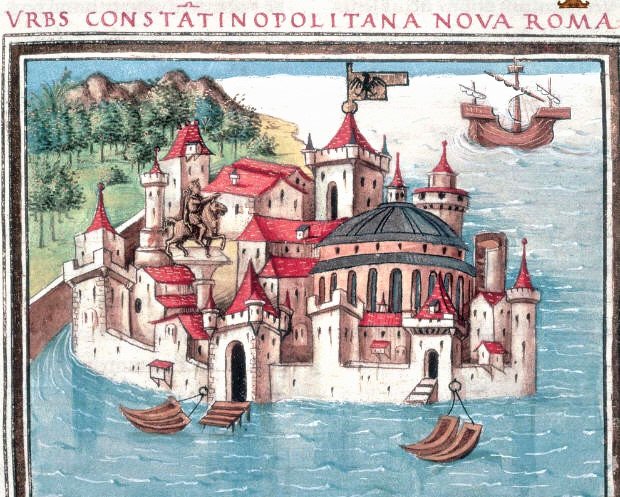 What struck me at once was the prominent view of the column of Justinian, complete with the equestrian statue of the emperor pointing towards the east.  The column stood outside Hagia Sophia, and was destroyed by the Turks after they took the city.

But where does this come from?  A little searching revealed that it comes from the 15th century Madrid copy of the Notitia Dignitatum, Matritensis Reserva 36, Biblioteca Nacional de Madrid, which is online here and in the catalogue as the “Descriptio orbis terrarum”.  The pages may be downloaded individually.

There are, indeed, quite a number of interesting texts in this manuscript.  This image is on folio 84r, which is page 185 in the online facsimile, at the start of a text labelled “Notitia urbis Constantinopolitanae”.  The Notitia Dignitatum itself follows somewhat later.  So this is a collection of late Roman documentary texts describing the cities, and the late Roman military organisation.

Sadly the image online is not as high-resolution as one could wish, as an attempt to zoom in reveals.  This is a shame.  I’d have liked a clear view of the statue’s hat. 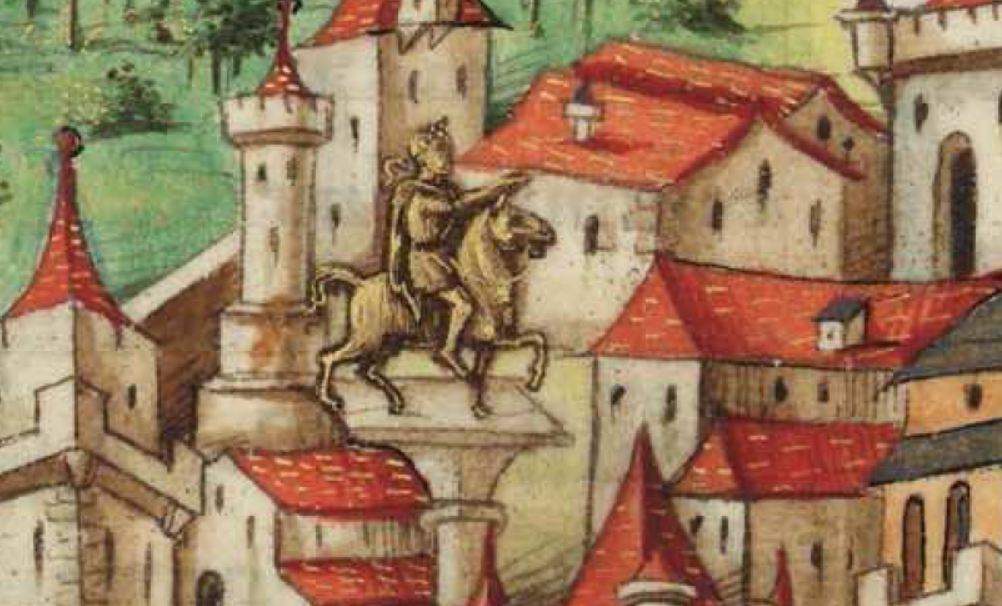 Other copies of the same text and indeed even the picture are around.  Google images gave me this one: 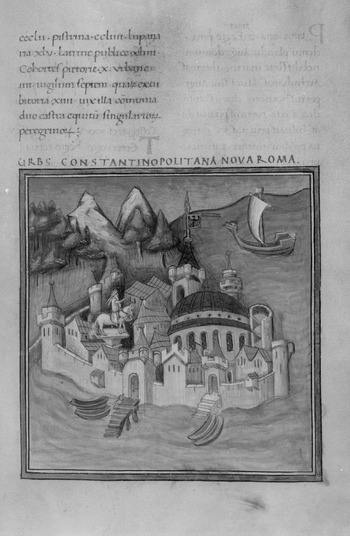 Fascinating to see, all the same.  These manuscripts were created at a time when the column and the statue still stood.