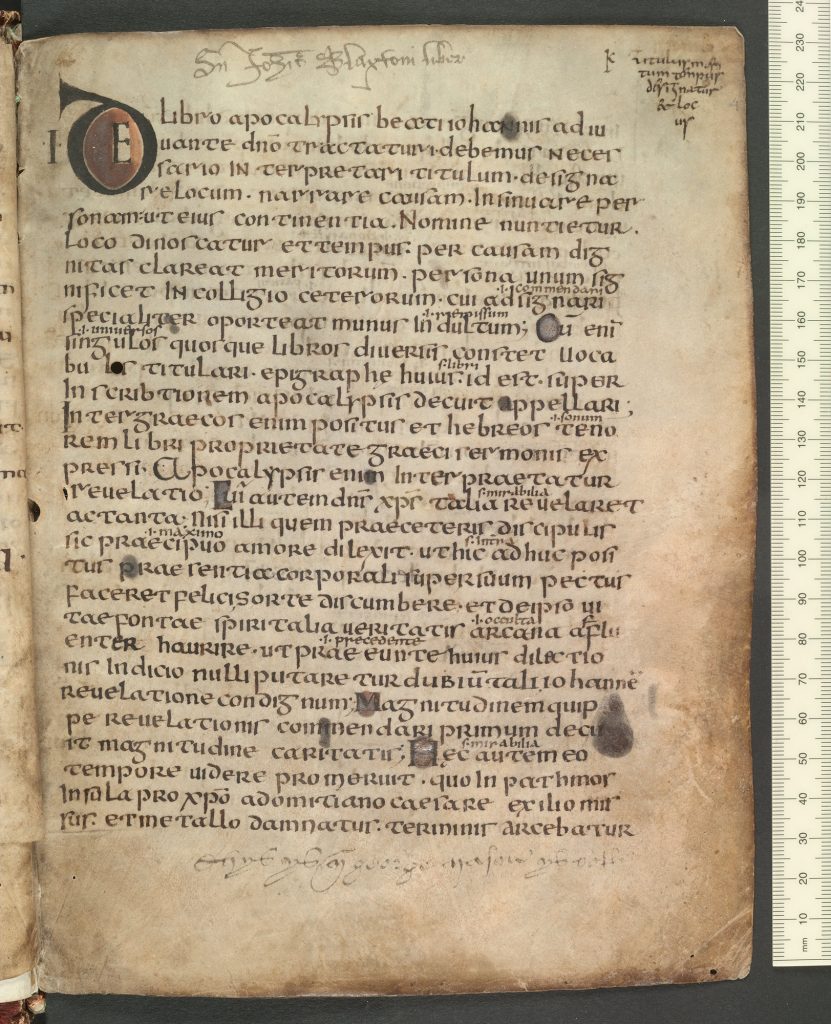 7 thoughts on “Primasius and his Commentary on Revelation”