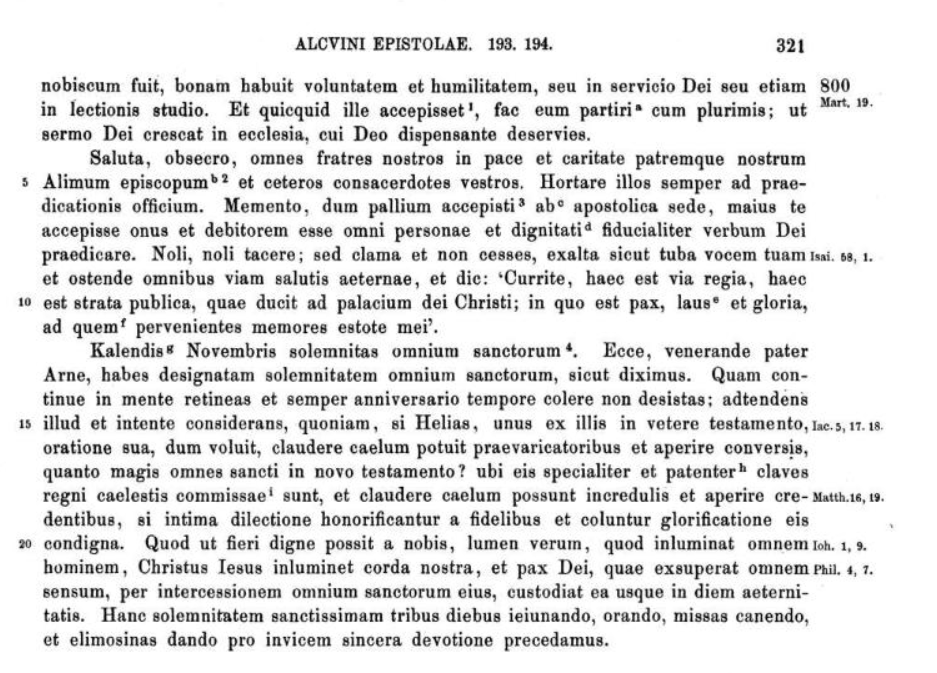 2 thoughts on “All Saints Day: Alcuin in 800 AD exhorts his friend to celebrate it on 1st November”