Earlier today I discussed the appearance of the word “gladiatrix” in the oldest scholia on Juvenal.  I had hoped to find the passage in an online manuscript, but I didn’t have any good source for the manuscripts of the scholia.

Soon afterwards a kind gentleman then sent me a copy of Wessner’s 1931 edition of the Scholia in Iuvenalem Vetustiora.  Before I looked at the manuscripts, I started to read the ancient biography of Juvenal at the front.

Then I looked at the first scholion, which is attached to the very first words of Satire 1.  At the start I noted the use of “eo quod”, so familiar in the Vulgate for “because”:

Some say that Juvenal was a Gaul, on account of the size of his body, others a native of Aquino.  In the time of the tyrant Domitian, in which also he lived, he was a violent satirist, because in his palace actors were of more influence than men of good life.[1]  But he wrote those books in exile having been sent to the furthest city of Egypt, the [Great] Oasis, by this Domitian. But for this reason he was sent into exile, because he uttered that verse, “what the nobles do not give, the actor will.”

No wonder the scholia have been attributed to the same period as the Vulgate!  The mention of the Oasis, later to be the place of exile of Nestorius, again suggests a late date.

Then I looked at the table of manuscripts.

Wessner indicates various sources in the manuscripts for the scholia.  One of these he simply describes, uselessly, as:

Q is in fact his main source for the portion of the scholia which mentions “gladiatrix”.  I wondered if it was online.  Wessner’s description is not helpful.  But Aarau turns out to be a German-speaking Swiss town.  In Braund &c, A Companion to Persius and Juvenal, here, we find a list of principal  manuscripts of Juvenal.  “Arou. (Q in Wessner) is the library given as “Aarau, Stadtarchiv I, Nr. 0”. [2]  It is described as “Fragmenta Aroviensia” and consists of 5 leaves reused for bindings, one of which happens to be a section of the 6th Satire.

But sadly it does not appear to be online.  Nor was the Montpellier manuscript, once the property of Pierre Pithou, and originally from Lorsch, which also is important.

However the St Gall, Sangallensis 870, is indeed online here at the magnificent e-Codices site.  The scholia start on “page 40”, here, with the very words we discussed above. 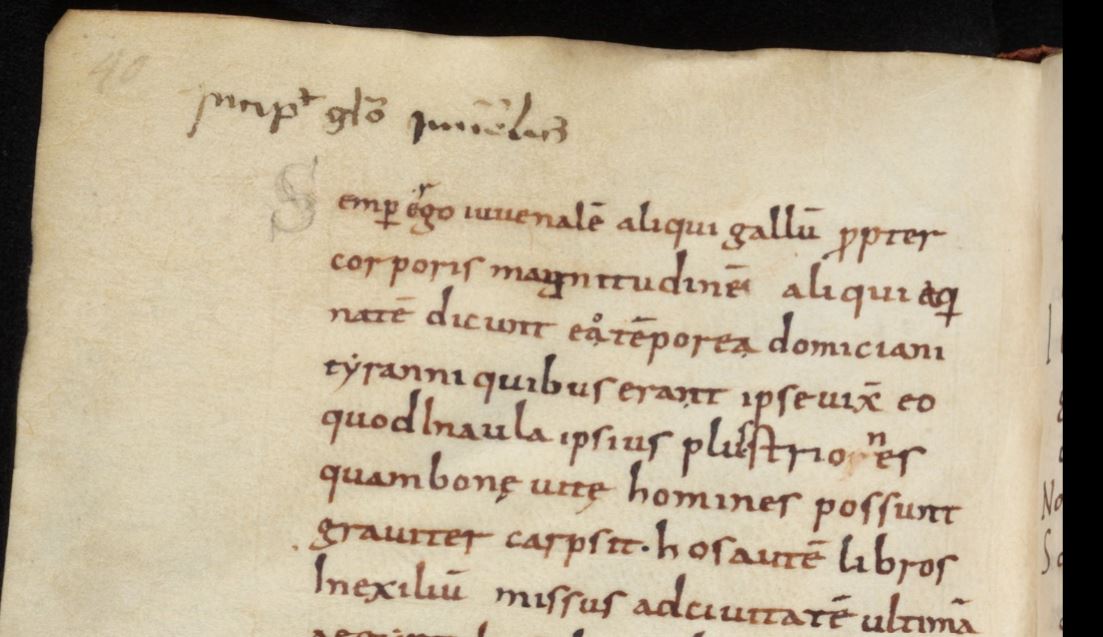 Nice to know that we are in the right place!  On page 53, we see the heading of satire 2, De philosophis obscenis, On foul philosophers. 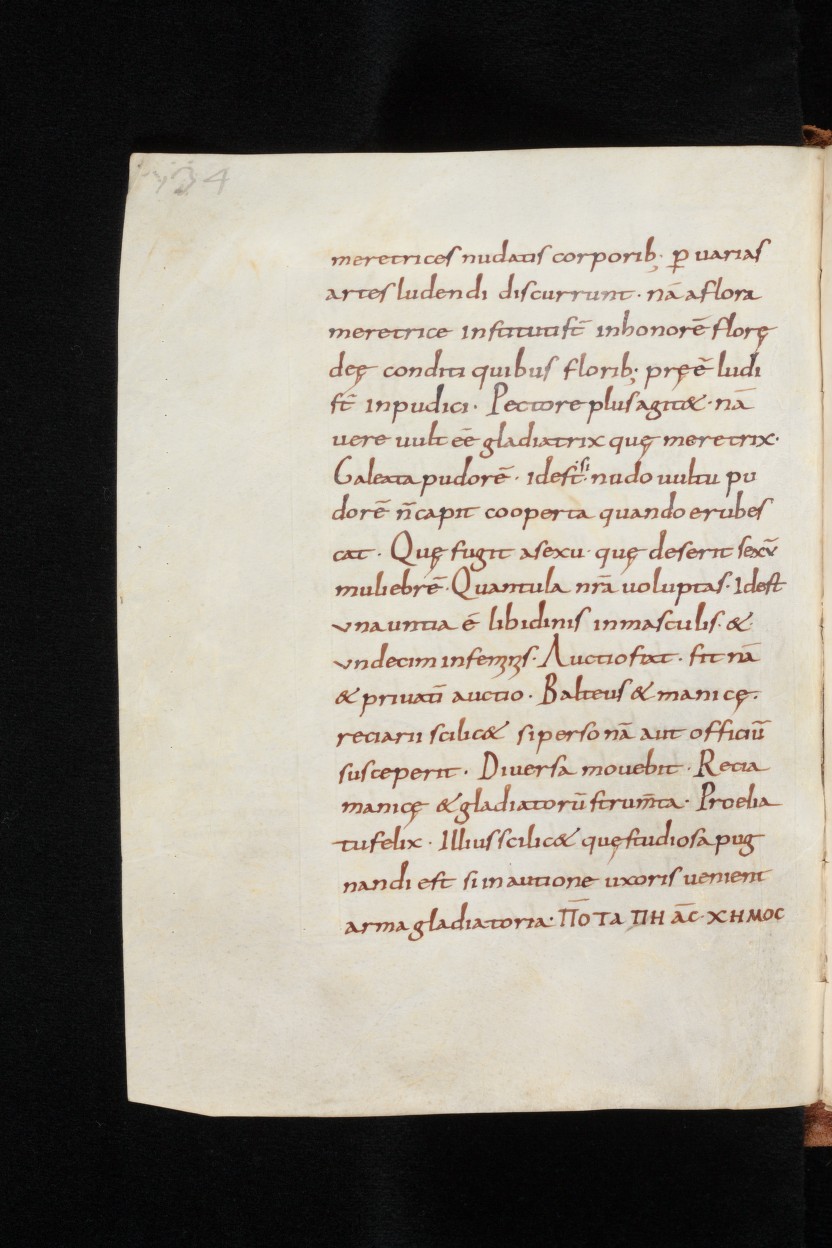 Also interesting to see the Greek transcribed at the end!

Some may ask how I located the passage in the manuscript.  What I did was to have Wessner’s edition open, in a searchable PDF.  I then picked a random page, looked for a word that wasn’t “est” or something trivial, and searched for it in the PDF.  A few clicks soon indicated where in the text I was.  The word itself would not be unique; but looking at the word after would help.  Once I knew where I was, I could move forward or back in the online manuscript, as seemed desirable; and repeat.  I ended up aiming for halfway through – Satire 6 is about halfway through – and then moving back.

Nice to see “gladiatrix” in a manuscript written in the 900s AD!