I’ve often wondered what it would look like if Mussolini had not demolished the Meta Sudans.  This was the stubby remains of a narrow, pointed fountain of the Roman imperial period – it appears on a coin of Titus.  The brick core was stablised in the early 1800s, reducing it to half its height.  The stub remained until the 1930s. So there are many photographs of it, and I have posted quite a few!

The amazing “Roma Ieri Oggi” site has answered this question for us, by combining an old photograph with a recent one, here.   Here is the result! 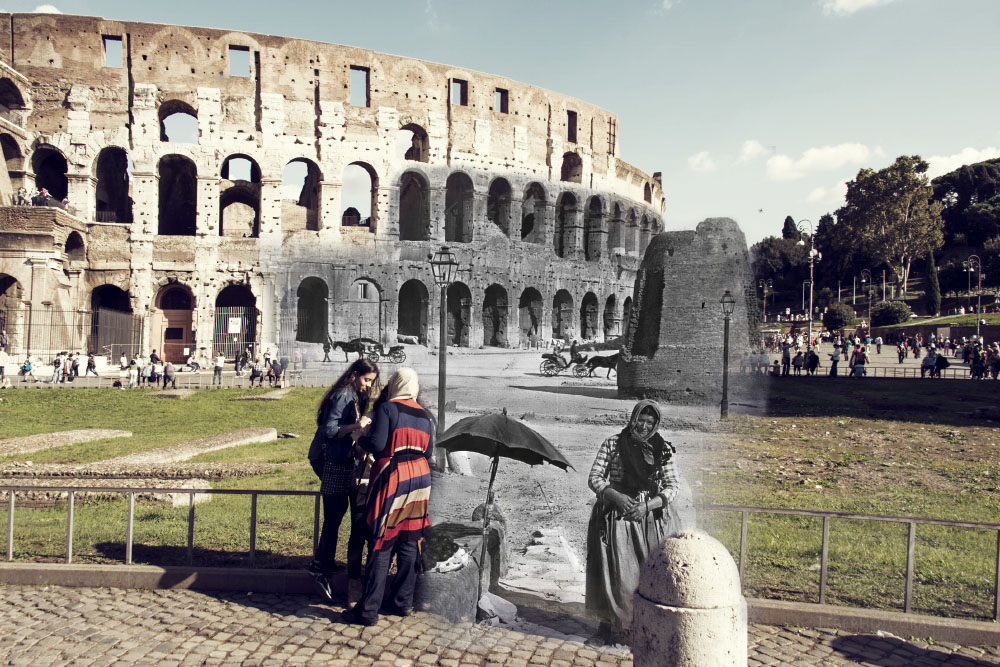 On the Roma Ieri Oggi site here, he also gives the two photographs from which it was made.  The monochrome photograph is from 1885, which is 135 years ago.  The woman in that photograph, and the horse-drawn buggies for tourists outside the Colosseum, are all long gone and dust.  Yet somehow they live once more.

If you have any interest in Rome in days gone by, you need to follow the twitter feed and keep up with that site.

One thought on “How would the Meta Sudans look today outside the Colosseum?”