I have now scanned in the text of Corsi’s edition of John the Deacon, and found that – as he says – it is really a transcription of the Berlin manuscript, with better punctuation, plus a collation with the 1751 Falconius edition. He didn’t look at the Mombritius or Mai editions.

But that’s just fine.  It means that we can do an electronic comparison of Corsi’s text – the Berlin manuscript – with the other three editions – Falconius, Mai and Mombritius.

When I compare Falconius with Corsi, using dwdiff and dwdiff viewer that I wrote, the initial differences are small:

But then when you look at chapter 12, and 13, the comparison goes nuts.  These are not the same text, basically: 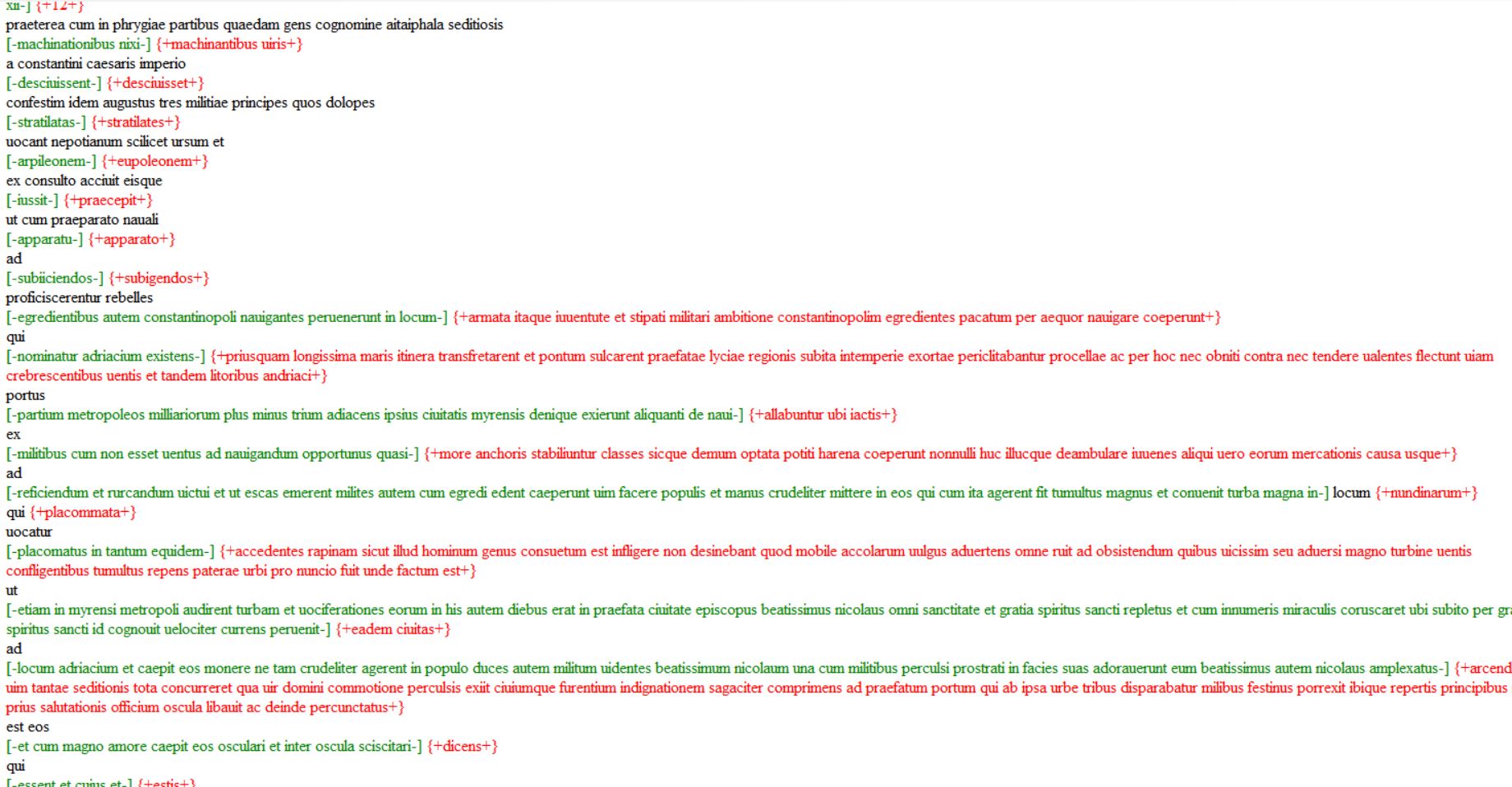 In fact Corsi himself says the same: he didn’t bother to give an apparatus.

On the other hand if I compare the Mombritius (1498) edition with Corsi, at once we see that we’re dealing with the same text: 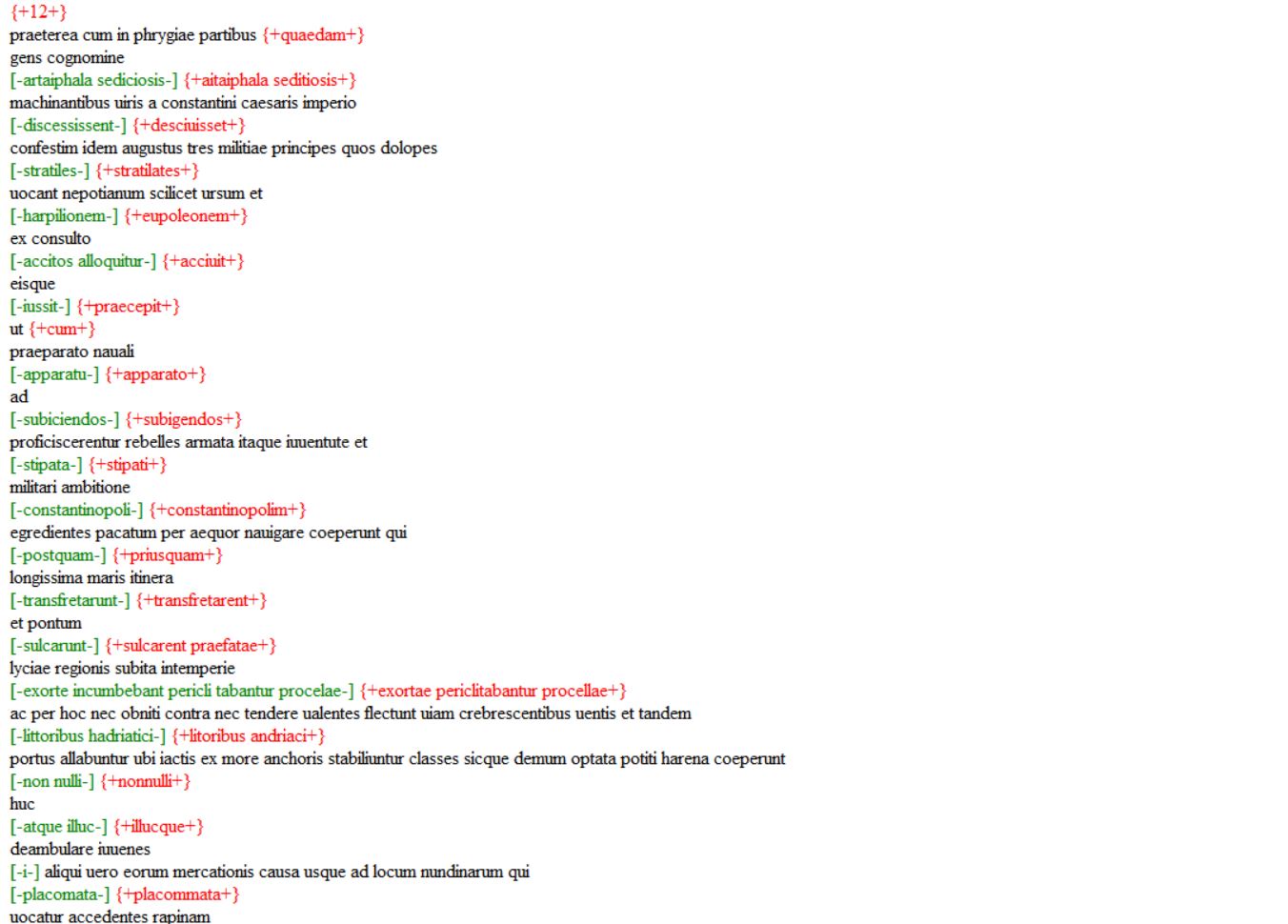 In the mean time I have been scanning the material in the Falconius edition which he himself states is not genuine (!) but from the Life of St Nicholas of Sion.  I’m correcting the OCR in Finereader 15 now, and he’s quite right – the chapters all refer explicitly to Sion monastery.

Once I have an electronic text of this, I can search it for words found elsewhere.  At least I will be able to identify *some* Nicholas of Sion material.

Of course this leads to the question of where the Life of St Nicholas of Sion might be found.  The Greek Life has been edited, and there is a 1984 translation into English by Sevcenko.  It might be worth my while to lay hands on this, although no copies are for sale.  But… what about the Latin Life?  Is there one?  Has any work been done on this?  Do I really want to find out?!

The original project was to produce a translation of the Life, as made by John the Deacon.  I don’t want to lose sight of this.  It is clear that Falconius has mixed in stuff which does not really belong to the Life of Nicholas of Myra.

Just to digress a moment, I was reflecting that all this is rather more serious than the “difficulties” of biblical critics, which seem to concentrate on a single word.  This is indeed what text criticism was devised for.

I’ve also been thinking about the dwdiff utility.  It seems merely to be a wrapper around something called wdiff, which itself is a wrapper around the standard tool diff, made by splitting the text into two files of words, and processing the output.  But unlike dwdiff, wdiff exists in a Windows version!  So I may go and investigate that.  It would be handy to avoid popping open a Ubuntu window every time I compare a text.

Lots to do.  I could use a few solid days on this, but, as ever, I can only do stuff in short bursts.  Still… lots to do!