It’s been a busy couple of weeks.  I’ve been moving house, for the first time in 24 years.  I made the decision less than three weeks ago, the let of the property was only agreed about 10 days ago, and I took possession 5 days ago.  Today they installed an internet connection, which  took most of the day, and means that now I can connect properly to the web once more.

Of course I have had no time to pack, or do anything than the most immediate tasks.  A man in a van transported some basic furniture to the new house.

In fact I have only two books, which happened to be in my bedside cabinet at the moment of impact.  These are my bible, and a copy of Per Beskow’s Strange Tales About Jesus. 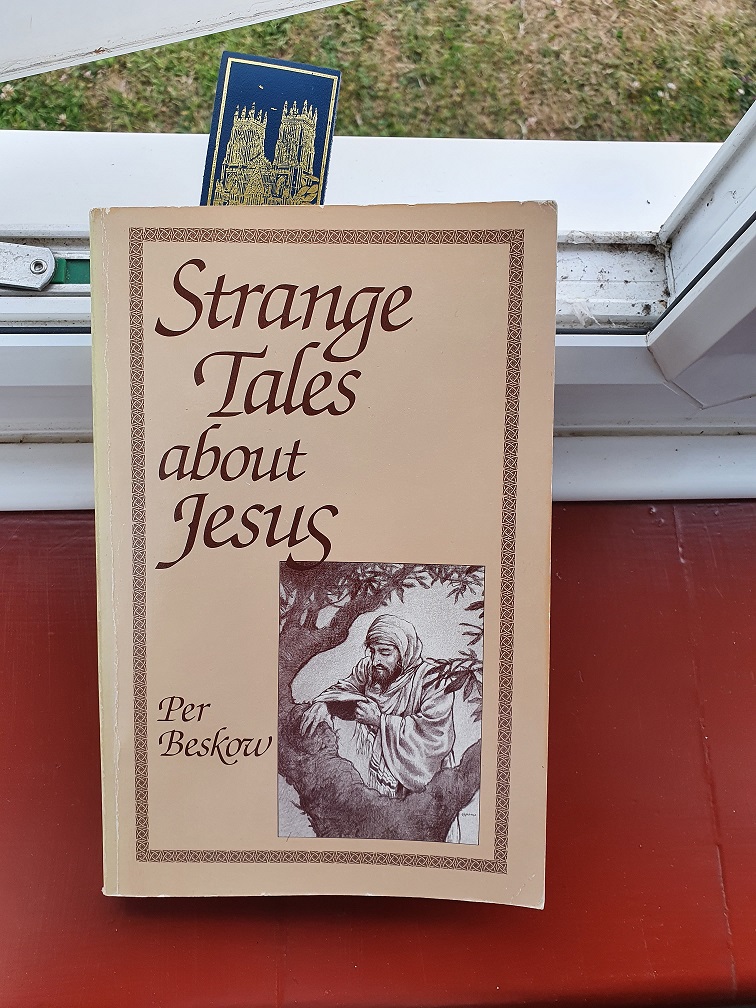 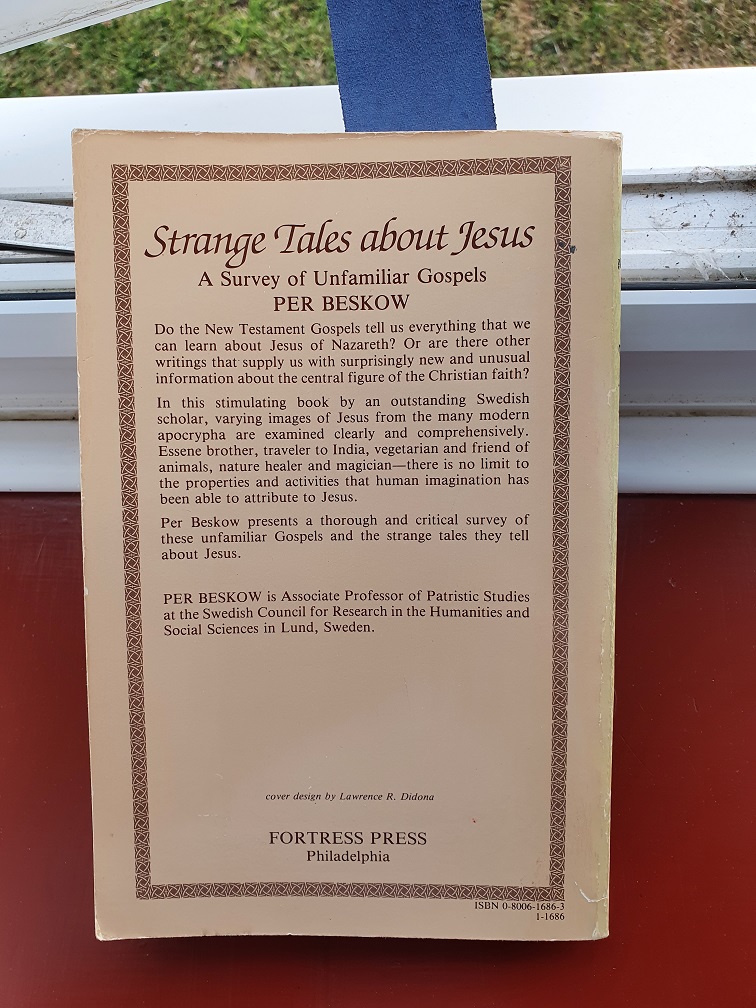 This slim volume consists of a series of chapters, each dealing with some specimen of “modern apocrypha”.  The term was coined by E. J. Goodspeed, who published two volumes of the same kind dealing with mainly American examples of the genre.  Beskow is Swedish, and discusses a few more.

Modern apocrypha are pretended books of the bible which were in fact composed in modern times.  Invariably they were composed in English, or the language of the country in which they circulate, for each country has its own stable of these things.  For the most part they are ignored by scholarship.

I’m not going to discuss the modern apocrypha here, however.  I am very tired and merely offering a few idle thoughts.  Concentrating on the frauds and follies of mankind is a narrowing experience anyway.  We are not the intended audience for “Jesus in India” and other such things.

The middle-aged engineer who came to install my broadband proved talkative, and it came out that he was fascinated by ancient Egypt and longed to travel there.  “I wish I had travelled more when I was younger,” he said.  He knew very little, but I found genuine enthusiasm.  He had been ensnared a bit by “how could the Egyptians have built the pyramids” stuff.  Of course I didn’t rain on his parade: only an oaf would have tried to correct his mistakes.  Instead I nodded along.

It is so important that we never crush the budding enthusiasm of others.  It can be hard to tell where the balance lies.  In person his sincerity was obvious.  Online, it might be mistaken for wrongheadedness.

Over the next month I hope to get my books over here, and get things set up.  It is very much quieter here, and such a blessing.  God leads us into things, and it seems that a new season is underway in my life too.

I’ll get blogging again once things settle down.

4 thoughts on “From my diary”