A correspondent writes to tell us all about an item sold at Sothebys on 12 April 2016, in its sale of the “European Decorative Arts From Caramoor Center For Music And The Arts”.  Lot 168 (online here) is “A pair of Italian leaves with scenes of Venus in her chariot and a sacrifice. 16/17th century.”  The right hand leaf gives a panorama of Rome.

I’ve added a couple of bits of text to allow people to orient themselves.

At the top of the picture is Old St Peter’s basilica.  The road leads down to the Castell Sant Angelo.  The Colosseum and Pantheon are clearly visible.  On the left are two triumphal arches, rather out of place, which I suspect are intended for the forum.

Other items will be familiar to those who read my post, Early 16th century maps of Rome and the Baths of Constantine.  The two horses rearing are the Dioscuri, who still stand on the Quirinal hill, although today they face the Quirinal palace, rather than the city.  The reclining figure behind it is the river god now in the Capitoline Museum, thought to have come from the Baths of Constantine.

Every depiction is useful, so it is nice to have another!

The “Arco di Portogallo” or “Arch of Portugal”, so called because it was located in the Corso in Rome near the residence of the Portugese ambassador, was demolished in 1662.  I had never heard of it, I confess, until Anna Blennow tweeted an engraving by Piranesi.  It stood near the Palazzo Fiano.  It seems to have been a late edifice, perhaps of the time of Marcus Aurelius, perhaps later.

Let’s enjoy this image of another bit of vanished Rome. 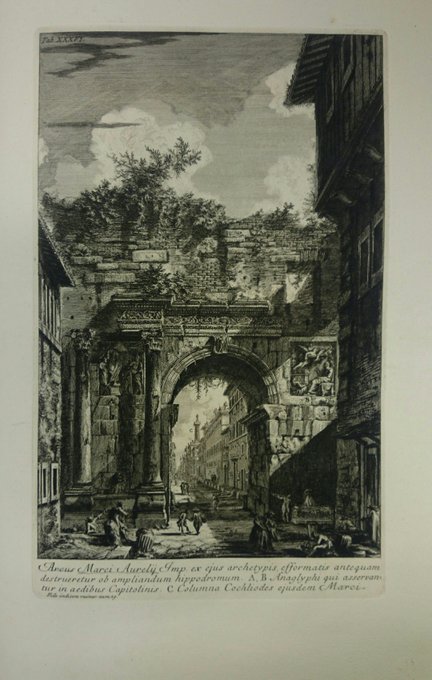 Ste Trombetti draws my attention to the existence of a PDF of 19th century archaeologist R. Lanciani’s map of ancient Rome.  It’s here.

It zooms really nicely too… 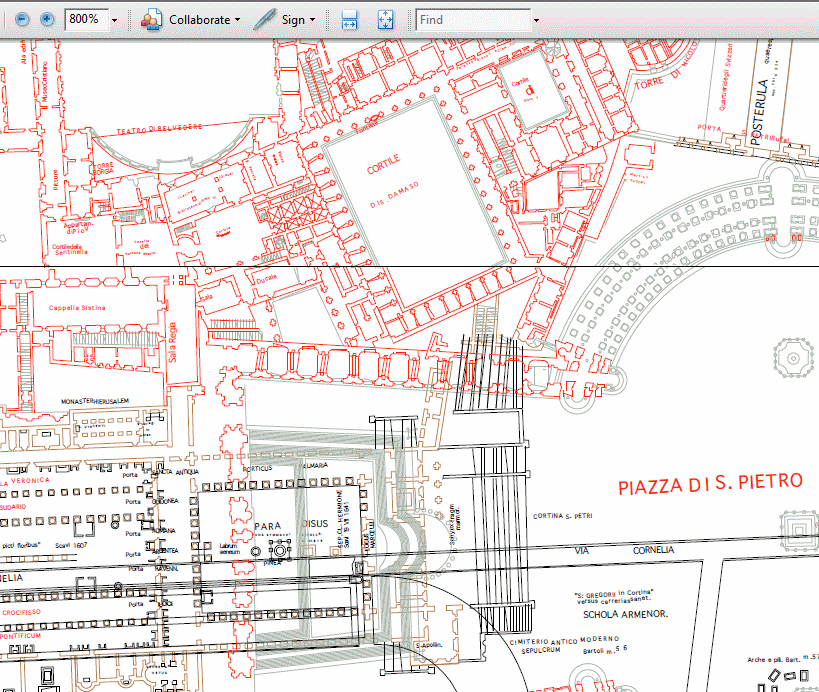 Here’s a mirror of the PDF.

A delightful illustrated article here about reconstructing the appearance of ancient Rome.  One item in it caught my eye:

Among the most useful visual resources for studying the ancient city are the  physical models which, since the eighteenth century, architects started to  provide to help scholars and students better understand the ancient remains.

The pioneer was the famous cork-modeler, Antonio Chichi, who lived from 1743  to 1816. He created a set of 36 of the great sites of ancient Rome. Sold to  Grand Tourists, they served as souvenirs but also as study aids (cf. Wilton  and Bignamini 1996: 298) analogous to plaster casts of famous Greek and Roman  statues, which, not coincidentally, as Giuseppe Pucci has shown, also came  into vogue at this time (Pucci 1997).

As can be seen in the case of the model  of the Arch of Titus (fig. 9), Chichi’s reproductions were state models, not reconstructions:  that is, they showed the current condition of the monument.

In the example at  hand, we thus see the arch still embedded within the Frangipane tower before  Valadier’s restoration of the early nineteenth century.