We’ve been looking at old pictures of Old St Peter’s in Rome, and thinking about the Circus of Nero nearby, and other structures from ancient Rome.

Last week Brent Nongbri very kindly sent me an extract from one of those tourist books, which the Italians do so well, about the pagan tombs under the Vatican, which contains some interesting diagrams.[1]  In it, my eye was drawn to some splendid old pictures, which the author had reproduced from Carlo Fontana, Il Tempio Vaticano e la sua origine, Roma, 1694.[2]

The book is mainly about New St Peter’s.  It has details of how the Vatican obelisk was moved (with pictures!).  But it also contains plans and reconstructions of the older basilica, and the area around it.  I thought that these would be known to few, and deserved to be better known.

Here are some of them.  Click on the image to get the full-size picture.  (They’re all small)  I apologise for the cut-off to the right; the blog software doesn’t handle this very well. 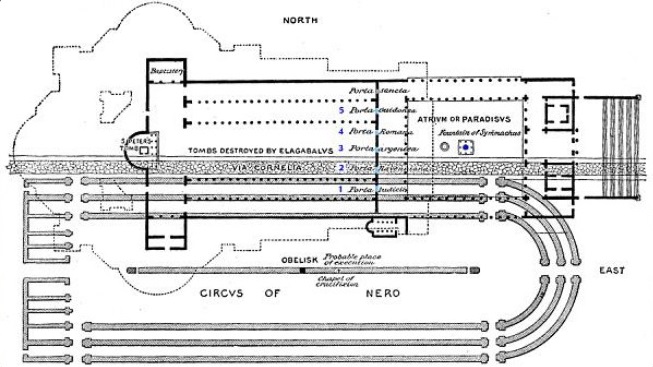 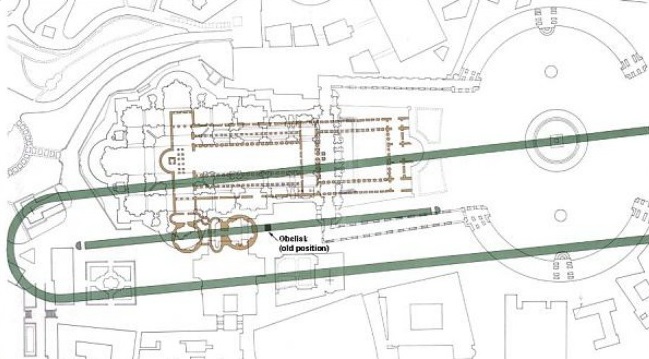 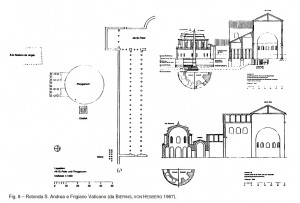