In the King James Version of the bible, the unicorn is mentioned in Numbers 23:22 and 24:8, Deuteronomy 33:17, Job 39:9,10, Psalms 22:21, 29:6 and 92:10, and in Isaiah 34:7.  As I understand it, in 1611, in current English, the words “unicorn” and “rhinoceros” referred to the same, vaguely known, animal.  The two go back to the Latin bible, the Vulgate, which uses both in these passages, to represent the two Greek words “monokeros” (“one-horn”) and “rhinokeros” (“nose horn”), again both referring to the same obscure animal.[1]  The KJV translators knew that a single Hebrew word, rē’em, lay behind both words, and (correctly) chose to use just one term.  Unfortunately they chose the “wrong” word, at least as viewed from our own days, because subsequent science instead standardised on “rhinoceros” for this odd animal.  At least, this is what I have read, although I could wish for more confirmation of this.

A correspondent asked me just which passages in the Vulgate used “unicorn”.  This was harder work to discover than I should have liked.

The standard critical edition of the Latin Vulgate is the Weber-Gryson 5th edition of the Biblia Sacra iuxta vulgata, versionem, which appeared in Stuttgart in 2007.  Thankfully a number of copies may be found at Archive.org here.  It’s not the right version to use for general reading, if you want a Latin bible.  But it is certainly the right one to use for scholarly purposes.

A search in a text-file version of the Vulgate (I found one here) revealed a number of references, which are below.

Note that St Jerome made two versions of the  Latin translation of the Psalms, one based on the popular Greek translation, the Septuagint (the “versio iuxta LXX” or Gallican psalter), and one based directly on the Hebrew (“versio juxta Hebraicum”).  The former is the normal version found in Vulgate bibles, for historical reasons.

I link to Bible Gateway with parallel Douai translation.  Bible Gateway uses the LXX-based psalter found in the Clementine text, as it says here.

Save me from the lion’s mouth; and my lowness from the horns of the unicorns.

The apparatus gives variants of unicornorum, unicornuum, and unicornuorum.  This is clearly not a common word in Latin.

And shall reduce them to pieces, as a calf of Libanus, and as the beloved son of unicorns.

But the Vulgate version based on the Hebrew reads:

And he built his sanctuary as of unicorns, in the land which he founded for ever.

But the Vulgate version based on the Hebrew reads:

But my horn shall be exalted like that of the unicorn: and my old age in plentiful mercy.

But the Hebrew-based psalter has “monocerotis” in place of “unicornis”.

And the unicorns shall go down with them, and the bulls with the mighty: their land shall be soaked with blood, and their ground with the fat of fat ones.

It’s useful to know.  But it’s also a reminder that the biblical “unicorn” is merely a Latin form of “one horned animal”, rather than the dainty creature of Disney. 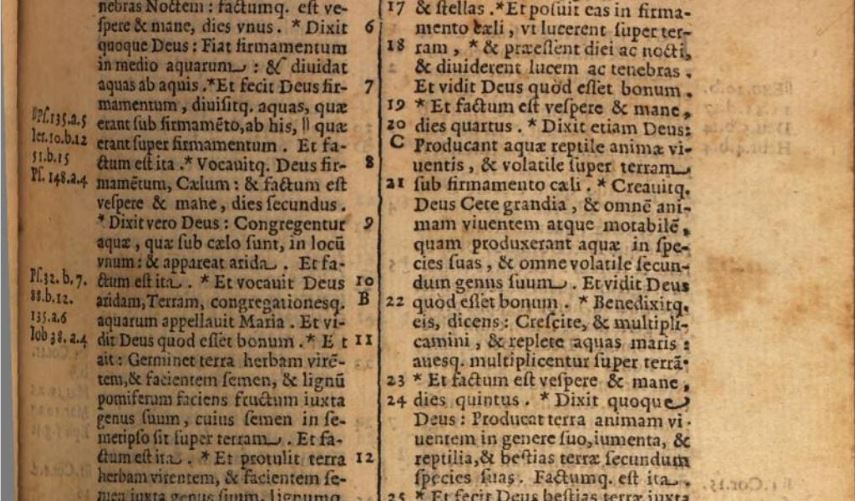 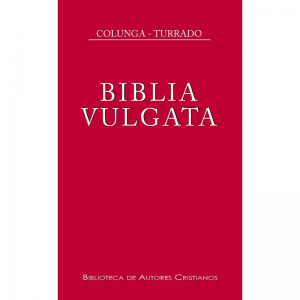