Francesca Schironi’s book on how the end of a work was marked in an ancient papyrus roll ends with a dossier of photographs, as I remarked earlier.  I think that it would be useful to give some extracts from this, as we all think about a subject better when we can see what we are talking about.

Number 10 in this dossier is P.Oxy. 42, 3000.  It contains the remains of the last two columns of a lost epic work, Eratothenes’ Hermes.  The papyrus dates from the 1st century BC to the 1st century AD.

Fortunately the item is online, and may be found by a search at Oxyrhynchus online for “3000”.  Curiously there seems to be no way to get a direct link.  Possibly this link to the Hi-res image will persist?

I would like to mark up the image, to highlight its features. 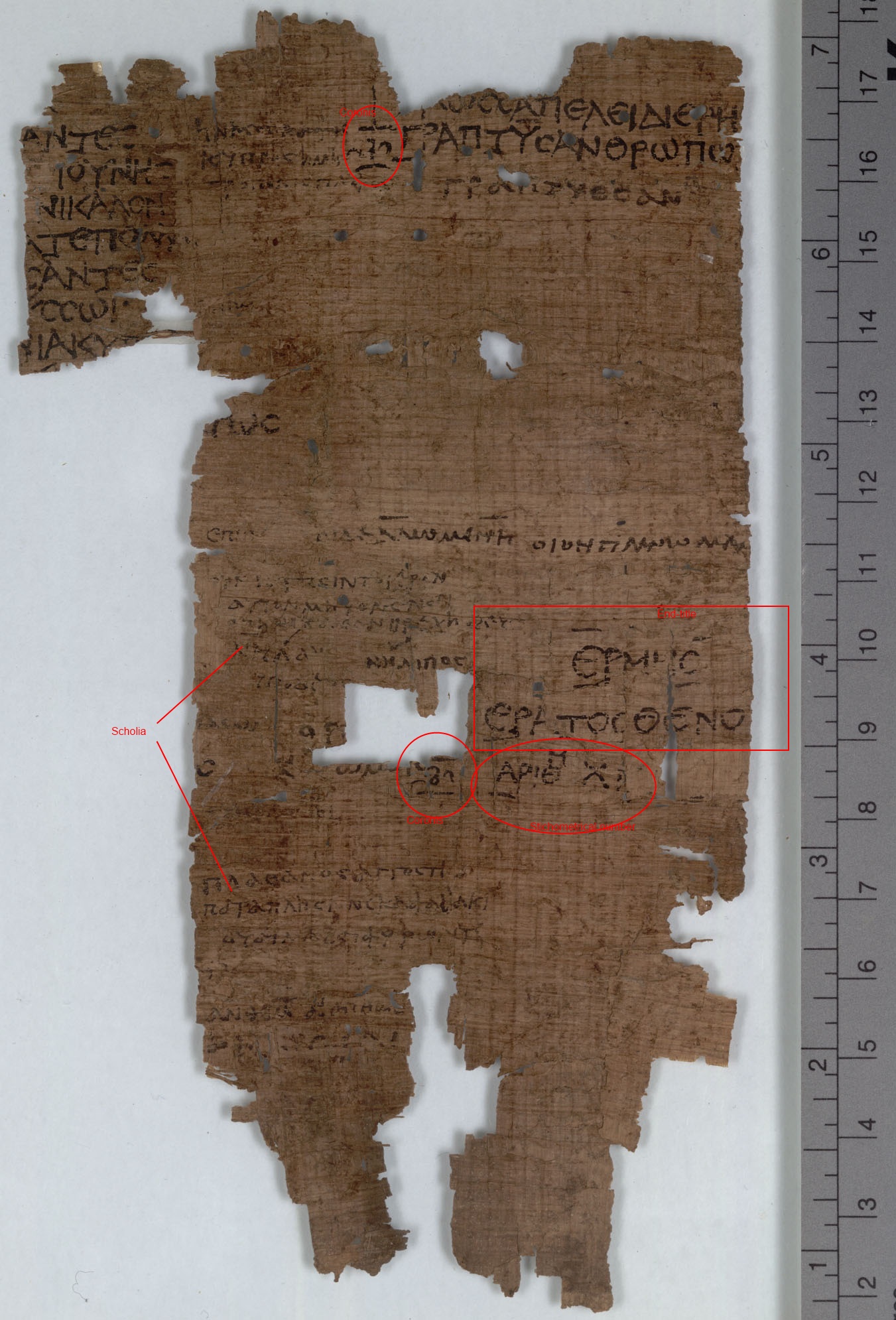 The fragment has two columns.

At the top of the remains of the second column (the left hand side only is preserved) is the end of the work, with a coronis — a bird-like mark — on the left.

Then there is a gap, and then some scribbled scholia in various hands.

In the middle of the second column, rather larger than the original text, is the end-title, which reads ERMHS | ERATOSQENO[US] – the last two letters being lost.

Underneath the end title is a numeral.  This is a bit of stichometry — a count of the number of verses.  It reads ARIQ … X.  In the gap, in superscript, is M[OS].  The editor considered that this added up to about 1600 lines, if restored.  This is about the average length of a tragedy or comedy, according to Schironi, so probably this is close to the end of the roll as well as the end of the work.