I have just returned from a coach tour around parts of Turkey.  One of the places visited was Iznik, formerly Nicaea.

The town is now little more than a village, but it still shows the Hellenistic street plan.  It is surrounded by two sets of tremendous medieval walls from the Byzantine period.  The gateways themselves are Roman, built in Trajan’s reign, and incorporated into the Byzantine walls.  The walls also run along the lake-side.  It is a tranquil, pleasant place, and a house in Nicaea overlooking the lake would undoubtedly be a restful place to be.

When our party were driven down to the lake-side, we were intoduced to the remains of a stone structure running out into the lake.  This, we were told, was the “Senatus Palace”, built by Constantine, and in which the First Council of Nicaea was held.

One would not, of course, trust unreservedly any statement uttered by a dragoman, from whatever source, but it is certainly the case that there is masonry here, and fragments of the Roman town.  It would be entirely remarkable if the site of the council was still to be seen.

Unfortunately I have been unable to verify any of the information given.  The following photos were all taken on the spot. 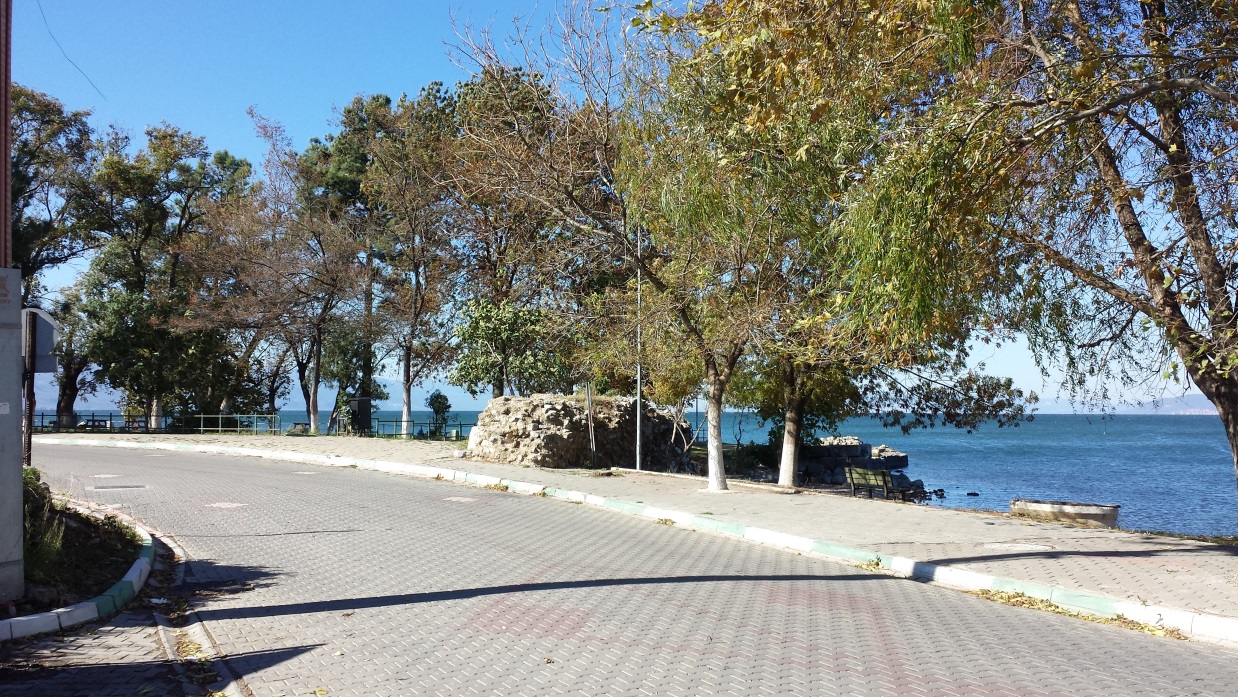 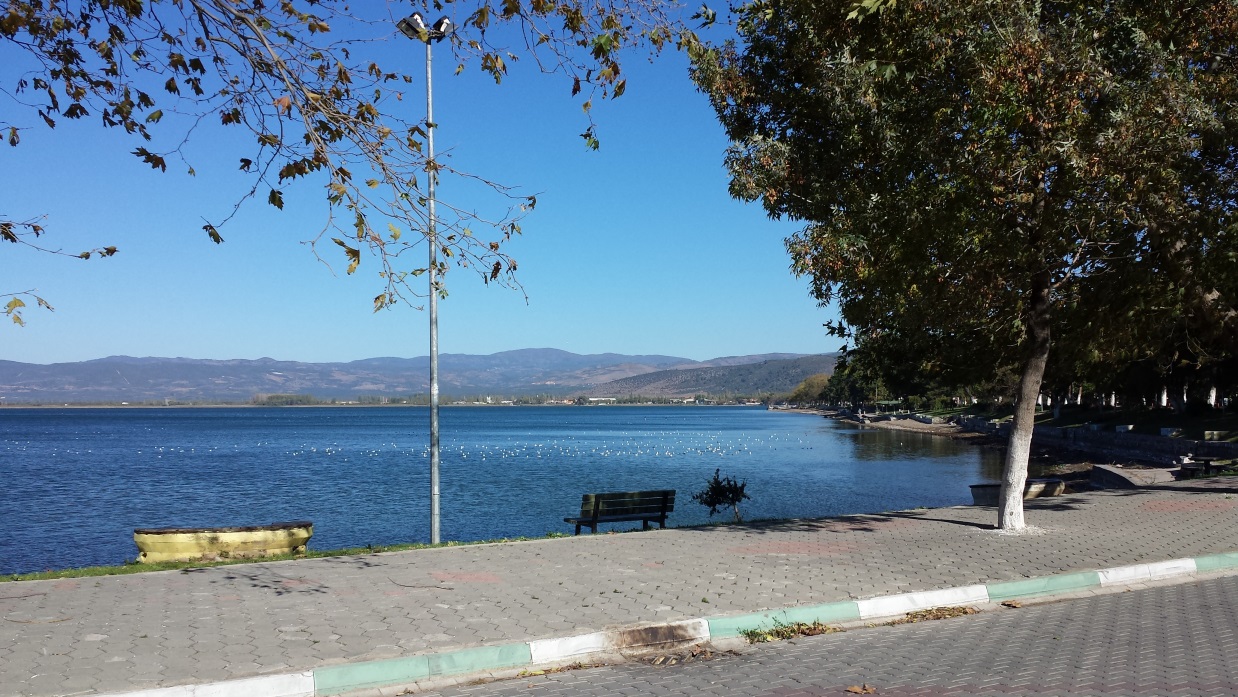 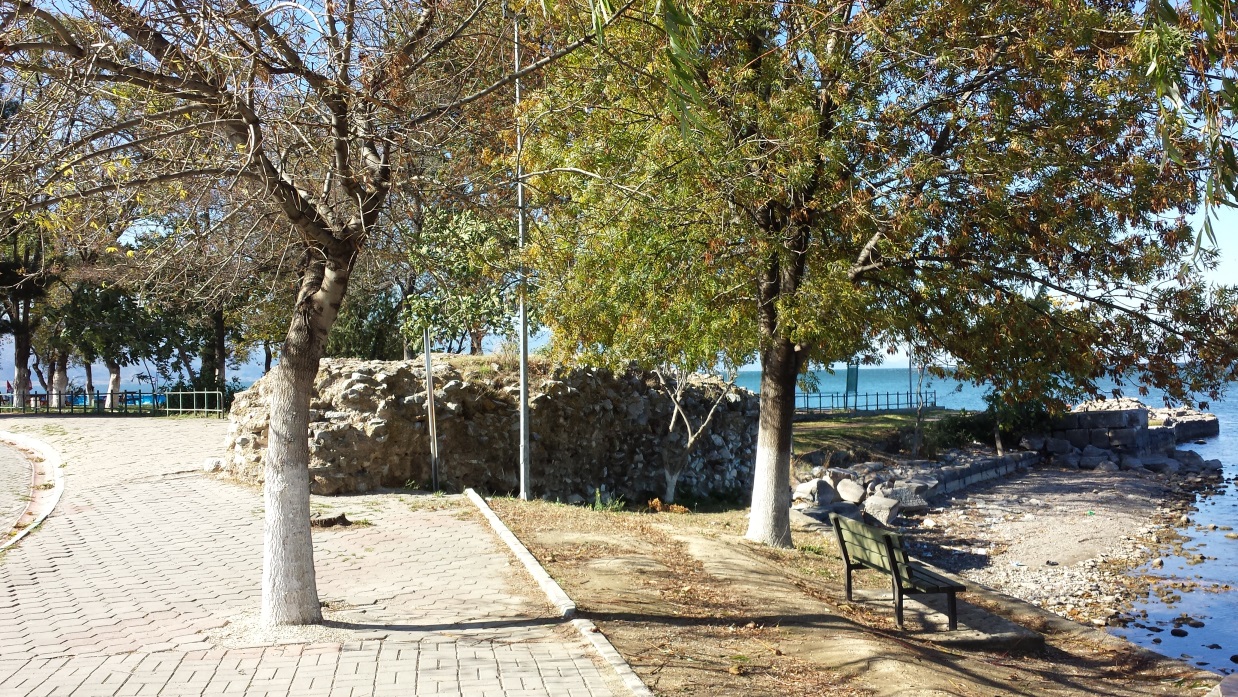 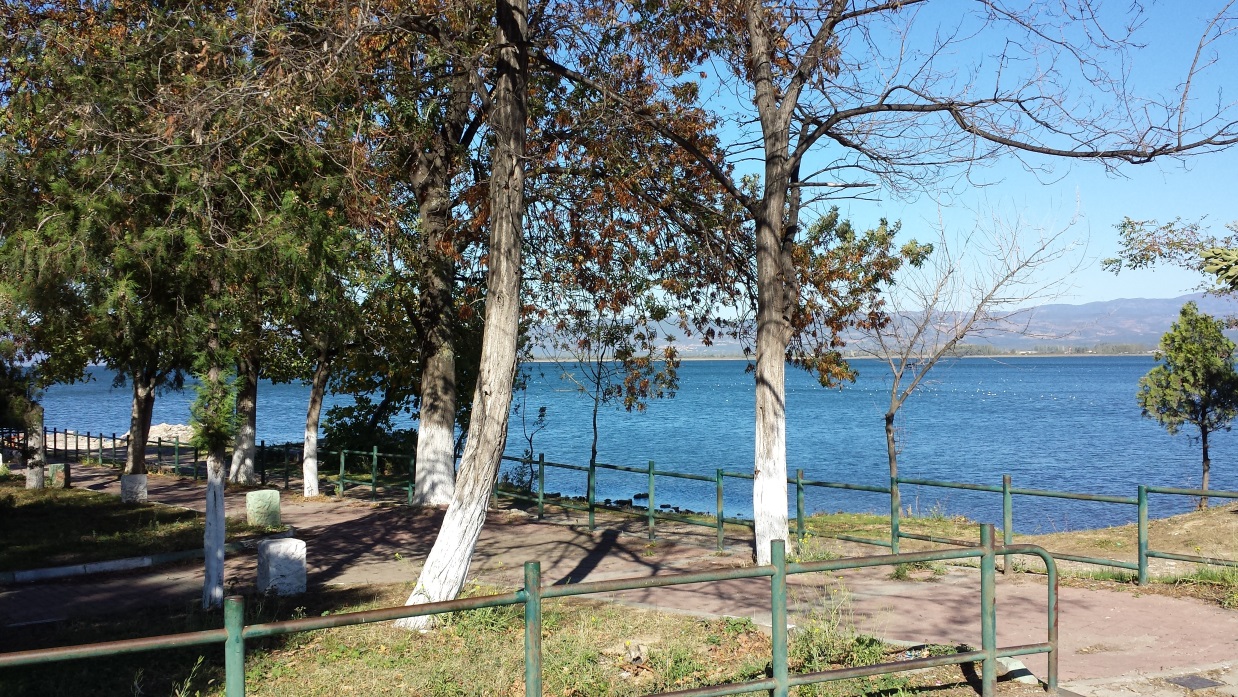 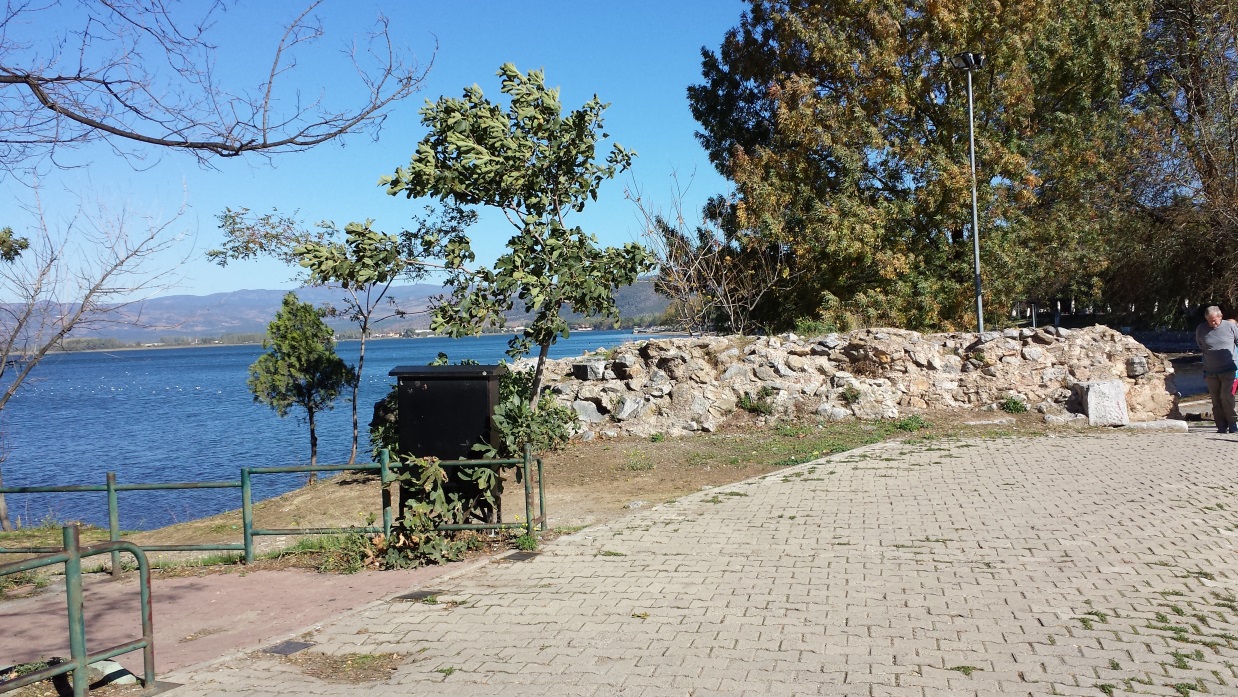 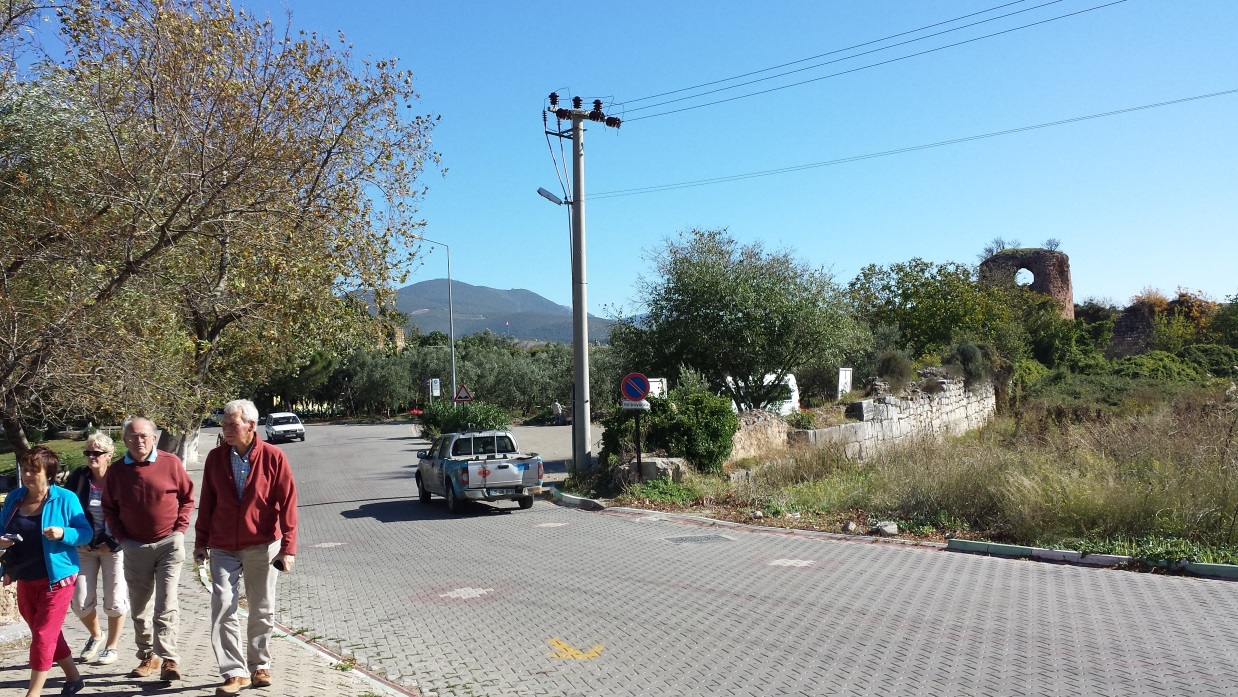 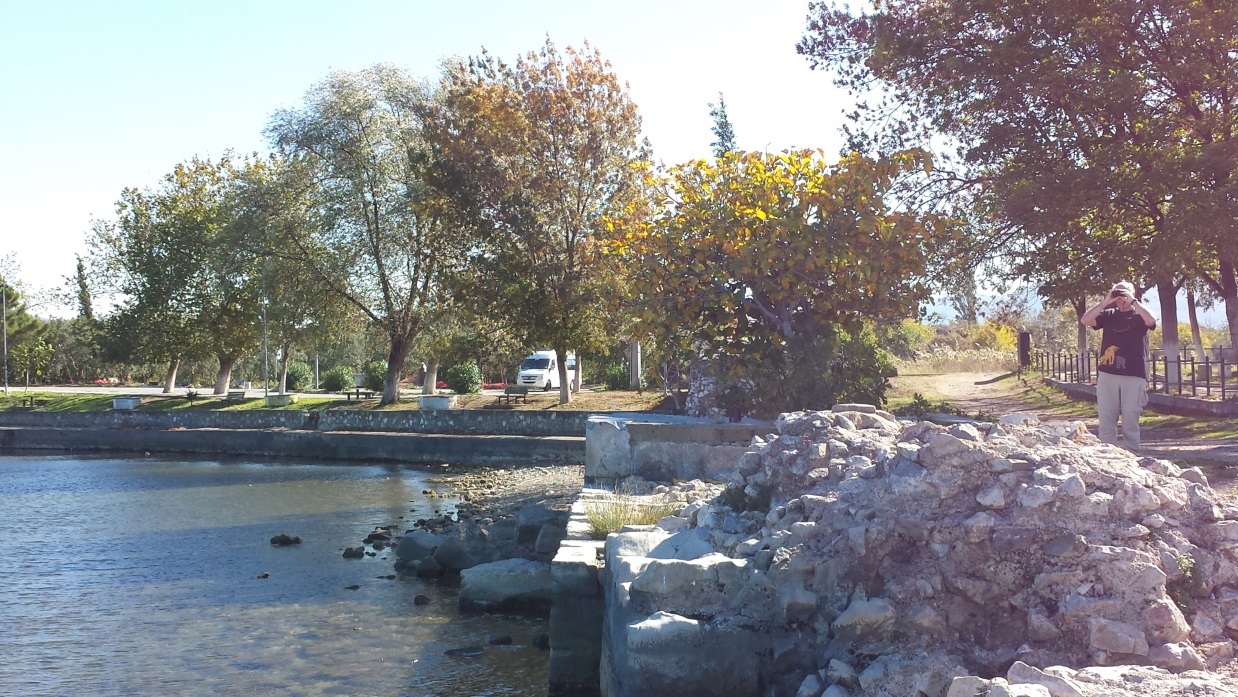 7 thoughts on “The “Senatus Palace” at Nicaea (Iznik)”