Via Twitter I learned today of the existence of a fresco in the church of San Martino ai Monti in Rome, which depicts the interior of Old St Peter’s.  Here’s a somewhat muddy picture of it that I found on the web: 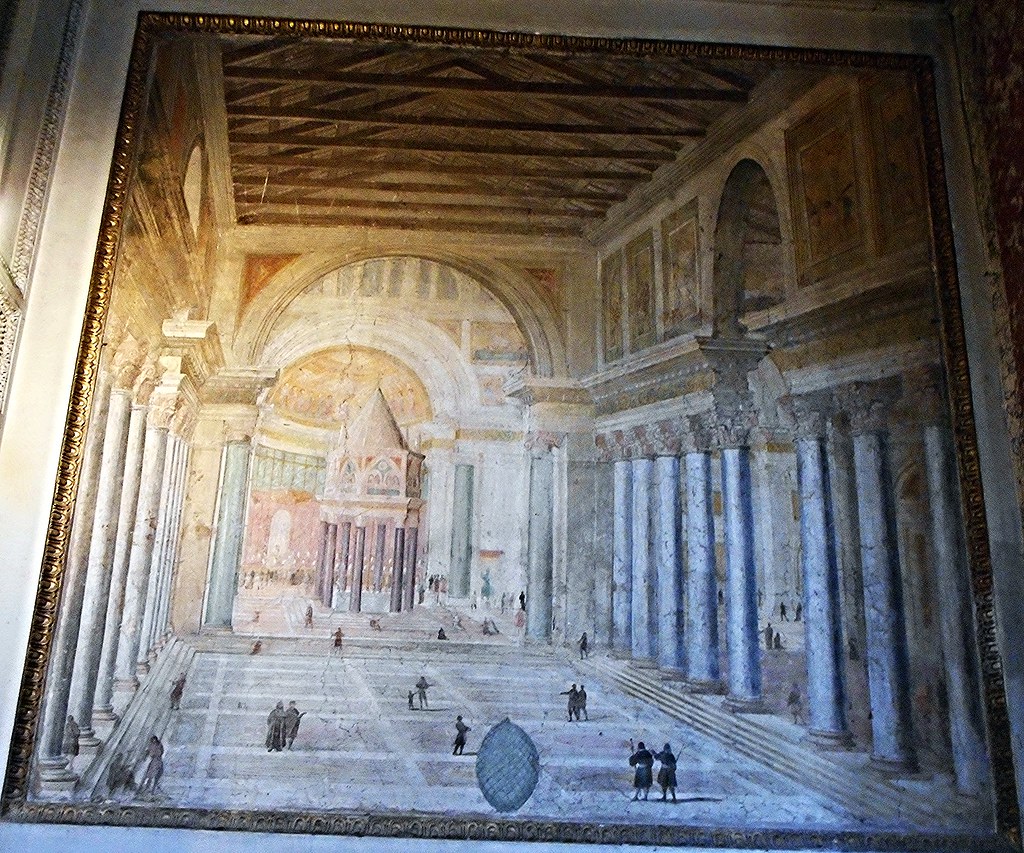 The following inset was on Google Image search, from a now vanished site: 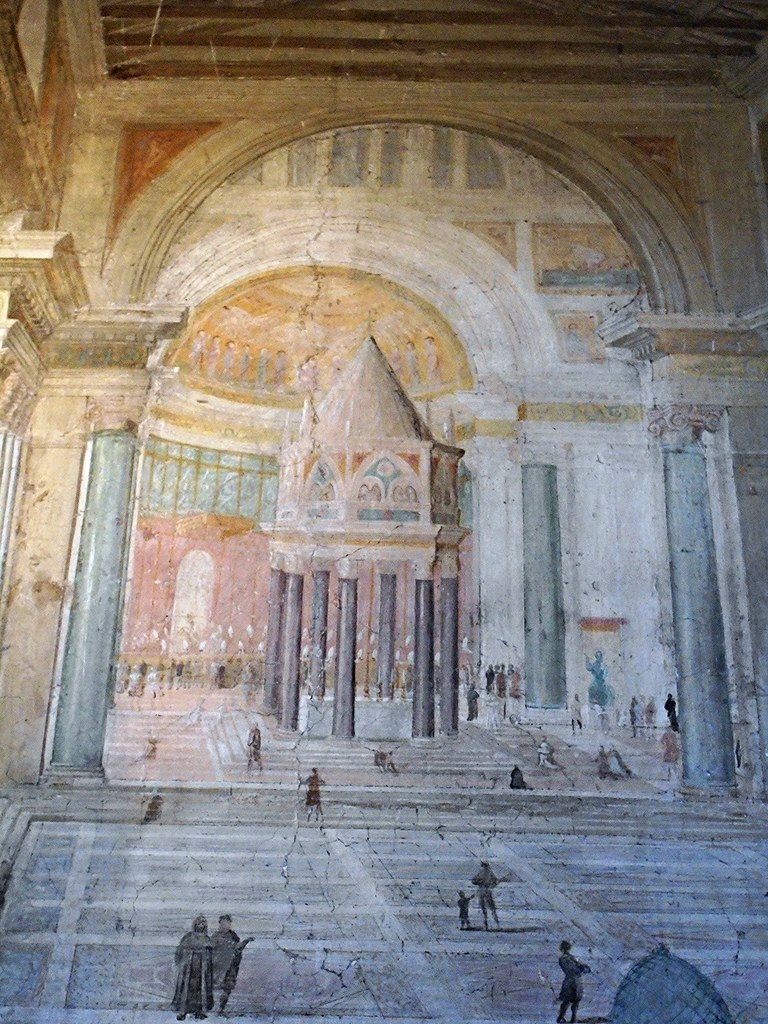 Initially I was rather excited by this.  But, alas, it is a reconstruction. Two articles by Ann B. Sutherland in 1964 make clear that the work was done by Filippo Gagliardi.[1]

The payments to Filippo Gagliardi are simpler. Although the Filippo entertained in 1647 may not be Gagliardi, he must have been working in the church by December 1648, and had finished his fresco of the interior of Old St Peter’s by July of 1649.

Sutherland adds in footnote 131 that “There is a painting by Filippo Gagliardi, signed and dated 1640, of an Interior View of St Peter’s, in the Prado.”  Clearly the artist had made a habit of this particular theme.

But Gagliardi never saw Old St Peter’s.  Work to demolish it began in 1506, and much of the east end of the old church was quickly destroyed.  The new basilica was itself fully complete in 1626 when Gagliardi was only 20.  So his work is based on other depictions that he had seen.