A kind commenter drew my attention to this fascinating fresco of the appearance of Old St Peter’s. 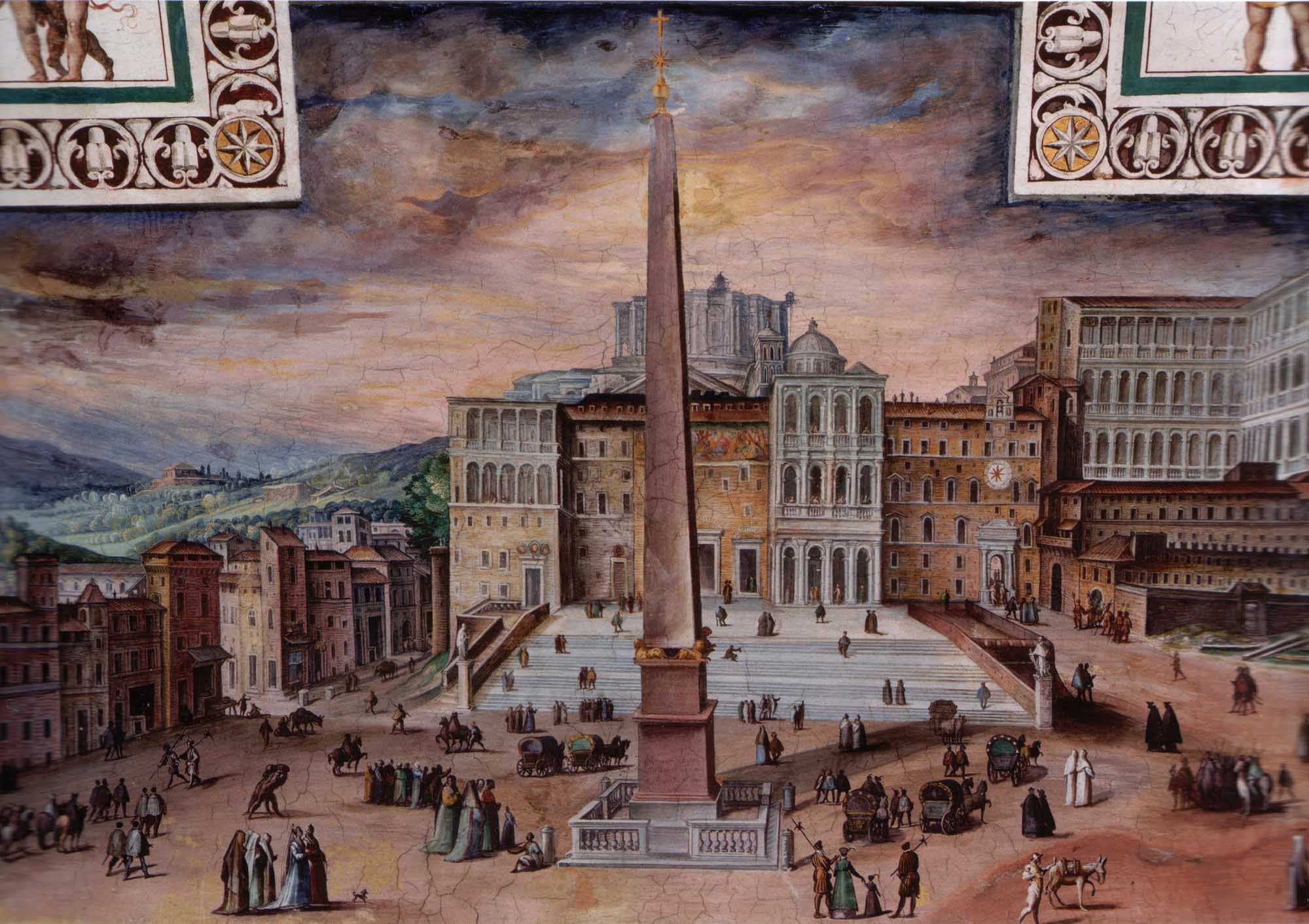 It shows clearly the rather ramshackle old front of Constantine’s basilica – there was an atrium/courtyard behind, and then the main front.  The huge construction of New St Peter’s looms at the back, unfinished – as indeed it stood for some decades.

But the most interesting feature is the Egyptian obelisk, already moved from its medieval position to the left of the church, and standing where it stands today.

I’m not sure where this fresco is from.  I think it may be from the Papal palace, which still stands, to the right of the basilica in the above picture.  It is notable how the palace dwarfs the old basilica!

It’s also interesting to see the slope of the Vatican hill, to the left.  The circus of Calgula and Nero stood at the foot of the hill, and St Peter was executed on a cross on the spina or central spine of the race-track.  His grave or trophaion was in an existing cemetery further up the hill.

Constantine built his basilica over the grave.  His Roman architects had to underpin the left side of the church, to prevent it sliding down the hill.  In fact cracks developed over the succeeding millennium, and this was one reason why the old basilica was demolished.

It’s a marvellous depiction, and I wish I knew more about it.

10 thoughts on “A colour fresco of Old St Peter’s, half-demolished but with the obelisk in position”